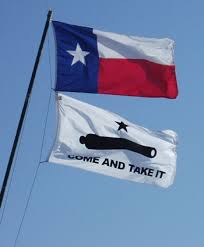 Texas lawmakers go back to Austin for a second special session next week that could last as long as 30 days. According to Trent Ashby, Texas House of Representatives, District 57, they intend to cover three topics in this next session. These topics are abortion, sentencing for 17 year old capital murder cases, and transportation. While there is no doubt that all of these are important, another topic was introduced that effects Americans where we live. Someone asked a question that brought the room to life, caused some creative discourse, and encouraged all of us.

Most Americans want to know if Texas is going to follow the lead of other states who are passing the Second Amendment Preservation Act which forbids the federal government to seize our guns during an emergency. It is common knowledge that they confiscated guns in New Orleans during Katrina. Some people believe that this was a precursor to a larger confiscation. They strong armed their way into people’s homes and forced them to give up their guns at gun point. These people didn’t do anything to deserve this harsh treatment by these federal bullies. With the current Gestapo style  police raids taking place across the U.S., Texans believe it’s time for our lawmakers to take  some measures to protect us against this type of thuggish behavior.

The gun control battle is fierce in Texas as it is all over our nation. We received some news that could potentially turn things around here, though. The House of Representatives overwhelmingly wants to see this type of legislation successfully move through the system. Unfortunately, once gun bills reach the Senate they are shot down, or they are not allowed to be brought to the floor for a vote at all. House Bill #553 met this fate. It never made it to the Senate floor because of an almost 50 year old Texas tradition  called a blocker bill.

For “nearly half a century,” according to the Legislative Reference Library, the Texas Senate has routinely placed what is called a blocker bill at the very beginning of its daily calendar. The bill is introduced and passed through committee as quickly as possible, putting it at the top of the Senate’s calendar, where it sits for the rest of the session.

No other bill can be passed unless at least two-thirds of the senators agree to “suspend the regular order of business” and skip over the blocker bill.

It takes 21 votes to get gun legislation to the Texas Senate floor, and they currently only have 19. The blocker bill is not used during a “special session”, so, if Governor Rick Perry puts House Bill #553 on the agenda, the Senate will hear it and voted on it. By acting now, we can get House Bill #553 on the agenda for the special 30 day session, and take a significant step forward for our state. Gov. Perry is the only one who can bring it back for a vote, and he is willing to do so if Texans call his office and let him know we want it to go into this extra special session beginning next week.

Stopping abortion is paramount, and the question of sentencing for 17 year old capital murders is important as is transportation issues, but protecting our Second Amendment rights to own a gun is essential. Please call Governor Rick Perry’s office this week and tell him you want your gun rights protected from our overreaching government. Tell him to move House Bill #553 to the Senate for the upcoming special session. Your simple phone call can make such a difference. You may just be one person; so am I. However, if a lot of “one persons” pick up their phone and call, our single voice can become a chorus that can be heard all over the great state of Texas.