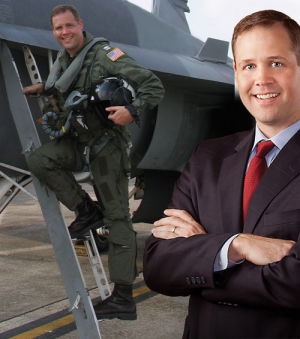 Representative Jim Bridenstine (R-OK) took to the floor of the House of Representatives on Friday to deliver a scathing speech against Barack Obama and his administration. Bridenstine, in a video titled “What would tyranny look like in America? Look Around” took one minute to elaborate on that very question, providing a definitive answer.

“Mr. Speaker, the president decided to raise energy prices on all Americans, which adversely affects the poor the most and he didn’t ask Congress,” Bridenstine began.

“The president decided to unilaterally reduce our strategic nuclear deterrent when more countries than ever have nuclear weapons, no treaty that would require consent of the Senate,” he continued. “The president has decided which health insurance plans the people are allowed to have. The president didn’t ask congress or the people for that matter. The list goes on.”

He then blasted Barack Obama, as well as every branch in the Federal government.

“Well I think, we should ask ourselves what tyranny would look like in the United States of America,” he continued. “An executive branch that picks and chooses which laws it wants to enforce. A judicial branch that would allow to do so on grounds of the executive branch did not defend the laws in the court. The legislative branch would have very limited power because they turned it all over the president and the people would feel like they had no representation.”

“The president told us he was going to fundamentally transform America, and I think that is exactly what he is doing,” Bridenstine concluded. “I yield back.”

Thank God for this man. He didn’t leave anyone out. It isn’t just about Obama, but about a spineless Congress that will not oppose him fully and keep him in check. It’s about a judicial branch that will not defend the laws of the land and thus hold the Executive Branch in check.

This isn’t Bridenstine’s first rodeo though. At the beginning of June, he took to the House floor to to give a blistering review of Barack Obama and his administration.

On June 3, Brindenstine said that Obama was “not fit to lead.” His speech came as follows:

“The president’s Justice Department sold weapons to narco-terrorists south of our border, who killed one of our finest.

The president’s State Department lied about Benghazi with false information provided by the White House.

The president’s attorney general authorized spying on a Fox News reporter and his family for reporting on a North Korean nuclear test.

The president’s Justice Department confiscated phone records of the Associated Press because they reported on a thwarted terrorist attack.

The president’s Health and Human Services secretary pressures insurance companies she is supposed to regulate to promote ‘Obamacare,’ which is the same law she uses to force citizens to pay for abortion inducing drugs against their religious liberties.”

He then followed up saying that Obama’s “dishonesty, incompetence, vengefulness and lack of moral compass lead many to suggest that he is not fit to lead.”

“The only problem is that his vice president is equally unfit and even more embarrassing,” he concluded.