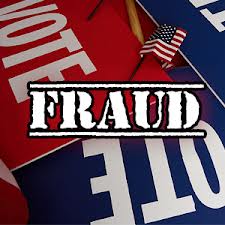 Editor’s Note: This is a reprint of an article from back in November that appeared on Fellowship of the Minds. My dear friend Dr. Eowyn has allowed me to share it with our readers. A lot of people are unaware of the nasty political reasons that our elected leaders sometimes fail to do their jobs and, since we have never covered this issue on The Clothesline, I wanted our readers to see this. Thanks Doc and God Bless You my friend! -Dean Garrison, Editor

It’s major duct tape time ’cause you’ll need it to keep your head from exploding.

Are you ready for this?

There is now compelling and undeniable evidence that MAJOR vote fraud had been perpetrated in the November 2012 Election. See FOTM’s posts chronicling the extensive pervasive fraud by going to our “2012 Election” page below our FOTM masthead, and click on those post links colored dark green.

But our screaming and hollering are to no avail. No one is listening to us. Not even the Republican Party.

The Republican Party made an agreement 30 years ago with the Democrat Party NOT to ensure voting integrity and NOT to pursue suspected vote fraud.

Yes. You read it correctly.

In fact, legally the GOP cannot ensure voting integrity, nor can it prevent vote fraud.

Here’s the astounding reason, which is kept from the American people.

PolitiJim writes for Gulag Bound, November 13, 2012, that during the weekly True the Vote webcast, Catherine Engelbrecht (see her photo below) related a meeting she had with Reince Priebus, the chairman of the Republican National Committee (RNC), asking what the GOP would do about voter integrity.  The answer?

Nothing.  They aren’t legally able to.

True the Vote’s Catherine Engelbrecht (read more about her, here)

This all goes back to a lawsuit 31 years ago, in 1981. The following is compiled from an account on The Judicial View, a legal website specializing in court decision research and alerts, and from “Democratic National Committee v Republican National Committee,” Case No. 09-4615.

In 1981, during the gubernatorial election in New Jersey (NJ), a lawsuit was brought against the RNC, the NJ Republican State Committee (RSC), and three individuals (John A. Kelly, Ronald Kaufman, and Alex Hurtado), accusing them of violating the Voting Rights Act of 1965 (VRA), 42 U.S.C. §§ 1971, 1973, and the Fourteenth and Fifteenth Amendments to the Constitution of the United States.

The lawsuit alleged that:

To settle the lawsuit, in 1982 — while Ronald Reagan was President (1981-1989) — the RNC and RSC entered into an agreement or Consent Decree, which is national in scope, limiting the RNC’s ability to engage or assist in voter fraud prevention unless the RNC obtains the court’s approval in advance. The following is what the RNC and RSC, in the Consent Decree, agreed they would do:

[I]n the future, in all states and territories of the United States:

(a) comply with all applicable state and federal laws protecting the rights of duly qualified citizens to vote for the candidate(s) of their choice;

(c) refrain from giving any directions to or permitting their agents or employees to remove or deface any lawfully printed and placed campaign materials or signs;

(d) refrain from giving any directions to or permitting their employees to campaign within restricted polling areas or to interrogate prospective voters as to their qualifications to vote prior to their entry to a polling place;

The RNC also agreed that the RNC, its agents, servants, and employees would be bound by the Decree, “whether acting directly or indirectly through other party committees.”

Since 1982, that Consent Decree has been renewed every year by the original judge, Carter appointee District Judge Dickinson R. Debevoise, now 88 years old. Long retired, Debevoise comes back yearly for the sole purpose of renewing his 1982 order for another year.

In 1982, the Republican National Committee (“RNC”) and the Democratic National Committee (“DNC”) entered into a consent decree (the “Decree” or “Consent Decree”), which is national in scope, limiting the RNC’s ability to engage or assist in voter fraud prevention unless the RNC obtains the court’s approval in advance. The RNC appeals from a judgment of the United States District Court for the District of New Jersey denying, in part, the RNC’s Motion to Vacate or Modify the Consent Decree. Although the District Court declined to vacate the Decree, it did make modifications to the Decree. The RNC argues that the District Court abused its discretion by modifying the Decree as it did and by declining to vacate the Decree. For the following reasons, we will affirm the District Court’s judgment.

Surprise! The judge who denied the RNC’s appeal to “vacate” the 1982 Consent Decree is an Obama appointee, Judge Joseph Greenaway, Jr., of the U.S. Court of Appeals for the Third Circuit.

Guy Benson of Townhall.com points out that in last Tuesday’s election, Obama only won by 406,348 votes in 4 states:

Those four states, with a collective margin of 406,348 votes for Obama, add up to 69 electoral votes. Had Romney won 407,000 or so additional votes in the right proportion in those states, he would have 275 electoral votes.

All four states showed Romney ahead in the days leading up to the election. But on November 6, Romney lost all four states by a substantial margin, all of which have precincts that inexplicably went 99% for Obama, had voter registrations that exceeded their population, and had experienced  problems with voting machines.

This election was stolen by the Democrats via vote fraud. Despite all the evidence of fraud, the Republican Party has been strangely silent about it.

Now you know why.

I’ll leave you with one last, even more disturbing thought:

The Democrat Party knew this 30 years ago, more than enough time to put a plan in place to identify and groom their “perfect candidate” — in the words of Sen. Harry Reid (D-NV) in 2008, a “light-skinned” black Democrat who has “no Negro dialect unless he wanted to have one.”

It doesn’t matter if this “perfect candidate” has dubious Constitutional eligibility to be president. They would see to it that his original birth certificate (if there is one) would never see the light of day. The same with his other documents — his passports, school and college records, draft registration, and medical records (so we’ll never know why Obama has that very long scar running from one side of his head, over the crown, to the other side).

Now, we understand the significance of the account Tom Fife wrote during the 2008 presidential campaign. Fife, a U.S. government contractor, claims that in 1992 while he was visiting Moscow, a woman with undying allegiance to Soviet Communism (the Soviet Union had recently collapsed, on December 31, 1991) told him that a black man named Barack, born of a white American woman and an African male, was being groomed by communists to be, and would be elected, President of the United States.

Now, we finally understand the cryptic remark made in May 2010, by Nation of Islam leader Louis Farrakhan: “Obama was selected before he was elected.”

In 2008, this “perfect candidate” won the presidential election. And despite his many failures in his first term, he would be reelected in 2012 for a second term via massive vote fraud. But nothing would be done about the vote fraud, because of that Consent Decree signed by the RNC 30 years ago.

The Republican Party is dead — and with it, the U.S. two-party system as well — and the sooner we voters recognize that the better.

The question that remains is whether the American Republic is also dead.

Since I published this post yesterday, we’ve been asking each other: “What can I/we do about this?” Here are my suggestions:

1. If you are a registered Republican, QUIT! Switch your voter registration ID to non-partisan Independent.

2. Stop donating money, not even one penny, to the GOP. Tell them why.

3. Spread the word. Please send the URL of this post (http://fellowshipofminds.wordpress.com/2012/11/15/why-the-gop-will-not-do-anything-about-vote-fraud/) to:

5 days after I’d published this and 7 days after PolitiJim of GulagBound published his acount, someone in the conservative establishment media is writing about this — WND’s Bob Unruh. Click here for his article, “GOP Legally Barred From Fighting Vote Fraud”. But it’s still the sound of crickets from conservative talk radio, even though I’ve sent my post to Rush Limbaugh and Glenn Beck, and a reader had also sent it to Mark Levin.

Just so you know: It makes no monetary difference to us how many people read this post. Fellowship of the Minds (FOTM) is an ad-free blog. We don’t make even a penny in revenue because we deliberately don’t have ads. In fact, I paid WordPress a $99 annual fee so WordPress can’t insert ads on FOTM either. All of our writers work our butts off, for no pay, as a labor of love for our country.