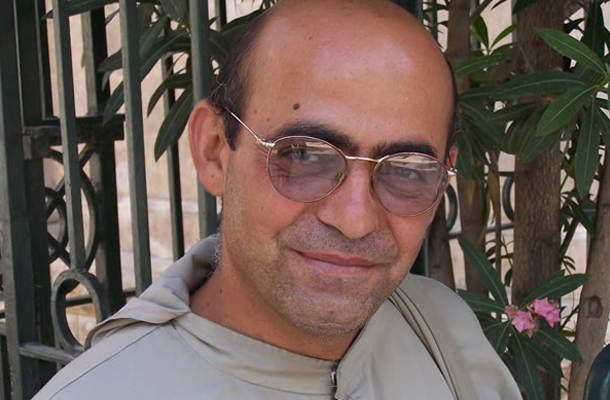 GRAPHIC VIOLENCE WARNING… The story you are about to read is twisted. The video is much worse. I want you to understand that if you have a weak stomach you should turn back now. I am angry and I will speak frankly on this subject. We can not continue to sugarcoat the facts and let our government off the hook. The people that are receiving our tax dollars are committing one atrocity after another and we must raise awareness. Our government is spending our tax dollars to support terrorists. With all of that said, please turn back now if you do not want to explore this topic in graphic detail. I don’t feel like it is enough to just throw it out there. Whoever dares read this needs to know just how sick these people are.

When you see a headline like this what is your first thought? Mine was that they took a big sword or axe and took the head off with one or two solid strikes. I guess in my own little insulated world I want to believe that a beheading is quick and painless. Maybe thinking this allows me to sleep at night. Well this is not the case.

First off, anyone who purposely beheads another human being is beyond my comprehension. Think about trying to grieve at a funeral over a corpse with no head. Most of the funerals I have attended in my lifetime have been open casket ceremonies. Of course most of those people have not been casualties of war and certainly not casualties of jihad. It is sick enough that these militants feel the need to take the head. But it gets worse.

What kind of sick individuals decide that this should be filmed? They can’t wait to get it on YouTube. They are so proud of themselves. This is their propaganda. This is their warning to the world. “Allahu Akbar” they shout in the video. And notice I said “they” because this was not one guy eating a heart while his buddy ran the camera. There was a crowd of at least 100 gathered to watch this public spectacle and this crowd includes small children. Can you even begin to fathom that? I can’t stand to watch this video myself. I made it half way through and had to collect myself. Twice. Do you think I would throw the kids in the car and go watch a public spectacle like this? Would you?

You must understand that these people do not think like Westerners. This is not the same world that we live in. A lot of our veterans can tell you. I can’t tell you that all people in the Muslim world are bad people, but contrary to the views of our president I will say that I do not believe the two worlds can co-exist in an integrated environment. There is something very wrong with societies that encourage kids to strap bombs to their chests in the name of religion.

One final note before I quote some sources and show the video. What kind of psychotic person would saw another human being’s head off with a small knife? This is the part that a lot of people might miss. He didn’t take the head off in one fell swoop with some magical long sword. This is not Dungeons and Dragons or Lord of the Rings. This is the real world. Oh no, he sawed the heads off (there were actually two) with a small knife. He did this while the crowd cheered. You need to know this because I understand that a lot of people will not be able to watch the video.

Your president and many others at the top level of government are in support of sending your money to support these animals. Just keep that in mind as you read further and possibly decide to watch the video.

A shocking video has emerged on the Internet showing US-backed Takfiri militants in Syria brutally beheading two Christians including a priest in the western city of Homs.

In the gruesome footage recently posted online, the militants who are said to be members of the terrorist al-Nusra Front, cut off the heads of two handcuffed men, including Father Francois Murad, with a small knife in front of a crowd of people.

On Sunday, June 23 the Syrian priest François Murad was killed in Gassanieh, in northern Syria, in the convent of the Custody of the Holy Land where he had taken refuge. This is confirmed by a statement of the Custos of the Holy Land sent to Fides Agency. The circumstances of the death are not fully understood. According to local sources, the monastery where Fr. Murad was staying was attacked by militants linked to the jihadi group Jabhat al-Nusra.

Syrian Catholic priest Francois Murad killed last weekend by jihadi fighters was beheaded, according to a report by Catholic Online which is linking to video purportedly showing the brutal murder.

While earlier reports suggested Murad may have been shot to death, Catholic Online reported Saturday: “The Vatican is confirming the death by beheading of Franciscan Father, Francois Murad, who was martyred by Syrian jihadists on June 23.”

This takes Obama’s war on Catholicism to a whole new level. Any of you Catholics who voted for Obama need to pick a side. Do you want to be on the side of God or the side of Obama? It truly is that simple and that serious. You can not be on the side of both. Our government has been taken over by evil men and women. It is not just Obama but he is the ring leader.

If you have the need to watch this video you will see exactly what kind of people we are aiding in Syria. On a side note… If for some reason YouTube removes the video, which is extremely possible, it can also be seen with the liveleak.com article.

Here is the video. You have been warned. Why did I watch it and decide to embed it? Because as horrible as it is I feel like America deserves the truth. If I keep looking away then I will never know how serious the situation truly is. Look in the background and you will see that there are children in attendance. If you make it past the 8 minute mark you will see a small boy coming up close to examine the head of one of the two victims. Also note how many rebels are filming this. They are proud of it. Absolutely sickening.

America needs to see this. It took me three times to finally make it through the video. I couldn’t do it the first two times. But you can not keep looking away my friends. You need to understand that we are at war, and it’s not with Syrian Rebels.

Our government has become our greatest enemy.