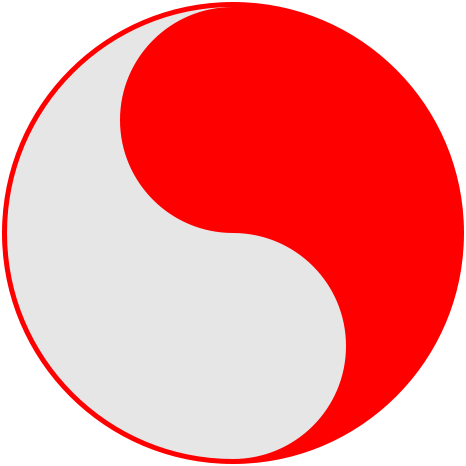 Most people don’t realize that the whole world is on a path to something that will even be far worse than Fascism. It is all happening right under our noses and most people either don’t care, or aren’t aware of what’s going on or else are just afraid of telling or showing others what they are finding out to be true.

Folks, the beast is slowly revealing its face and it is a political system that is referred to as a Technocracy. According to most dictionaries, a Technocracy is a theory and movement which became prominent about 1932. It advocates a strong control of industrial resources, reform of financial institutions and a reorganization of the social system based upon the findings of technologists and engineers.

Notice the words “movement”, “control”, “reform” and “reorganization of the social system” in the above definition. There has been a movement in our nation going on for many years now to control, reform and reorganize our whole social and economic system. It has been slowly gaining momentum to the point where it is almost in place and hardly anyone has even really recognized how BIG this potential problem has become.

We are all like frogs in the water that is getting hotter and hotter. It hasn’t gotten to the point yet where it is so hot that all of us are trying to jump out. If you remember this analogy about the frog – it eventually dies! Our freedom and liberty has been so slowly eroded away, that most of us don’t even realize what we no longer have.

You Be The Judge…

Now it is time for YOU to come to YOUR OWN conclusion. You can read the actual definitions of these different forms of government and make your own educated guess as to where we are as a country right now and maybe even more importantly – where we are headed.

Below are a few of the defining characteristics of current philosophies of government in the world today. The only form of government that has the potential to not fall into tyranny is Capitalism. It mirrors openness and freedom and advocates responsibility and integrity.

It is best identified as a system in which money makes more money. It’s where the rich get richer and the poor get poorer. It mimics the natural selection observable in the wild which is a “survival of the fittest”. The system works well whenever there are effective and tight regulations in place to prevent the wealthy and powerful from affecting the decisions of government.

It is an economic system in which a majority of the modes of productivity are privately owned and controlled. The investment of capital and the production, distribution and pricing of products or services are established primarily in a free market system rather than by the state. Investment strategies are decided by personal choice based upon prices.

This is a kind of government whereby the government owns and controls the economic power and industry of a nation. Property and wealth are distributed equally among the citizens. The national economy develops much more slowly as a consequence of diminished incentive and motivation to work harder.

The methods of production, distribution and exchange are mainly owned by the government. Socialists maintain higher taxes as well as government welfare spending on the population of the nation.

Listen to someone who has lived in a Socialistic society in Romania. This may come as a shock to you, because she recognizes many of the signs that she saw in her former country becoming evident in her new country – The United States of America.

This is definitely a system wherein the citizens hold no control over the management of businesses while having no share in the profits. Under this system, the federal government quickly starves the people, expecting them to work for increasingly lower wages for the benefit of the wealthy.

Great pride in the country and often a predominant race of people is required. There is also an absolute rejection of parliamentary democracy. There is a cultivation of military attributes, a powerful government along with a loyalty to a strong leader.

It is characterized by a government wherein the corporations control the government. The government is united with the major businesses and their wealthy owners, and the function of government develops into an instrument to reward the wealthy and the corporations. Everything is taken away from the citizens to ensure that this happens.

This is often a governmental system wherein there are actually no classes of people and everybody is compelled to be equal socially and economically. Communist nations have invariably devolved into oligarchies or dictatorships wherein the wealthy and powerful turn into oppressive and ultimately merciless dictators.

It is a system wherein goods are owned in common and are offered to everyone as needed. It is a totalitarian structure of government wherein only one authoritarian party directs state-owned modes of production. It requires that no individual may own anything exclusively or privately. All materials are centralized and distributed by legislators.

The whole objective of Communism, in general, is to not grant more social and political power to the citizens but to instead eliminate alternative possibilities and concentrate power into the hands of a chosen few. The Soviet system is the ultimate in centralization. Every aspect of economic life is determined by the federal government, from industrial input and output, to investment, to food production, to rationing, to wages and to retail pricing.

One of the most important tenets of The Communist Manifesto was the establishment of a central bank which is used to maintain firm controls over currency issuance. The presence of a central bank rapidly thwarts any opportunity for a true free market.

Capitalism fits well within both Fascism and Socialism but is in direct opposition to the true tenants of Communism. Fascism is really just Capitalism out of control and Socialism is just well-regulated Capitalism. Regardless of which route is taken, the end result is tyranny.

Where Did Our Free Market System Go?

True free markets in America went away many years ago. The nature of a free market society defies the utilization of centralized planning. There cannot be planned systems of monopolized production or manipulated capital flow within an economy and still be able to allege that it is a “free market”.

Ever since the inception of the Federal Reserve through a subversive collusion between banking interests and shady politicians in 1913, America has not enjoyed a free market system. From that time until today, every economic change has been scientifically and technologically engineered.

Heavy taxation on companies not lucky enough to be included in elitist’s circles has erased any incentives for manufacturing entrepreneurship. Meanwhile, members of insider groups and companies are being given government subsidization while they simultaneously outsource manufacturing contracts to Third World countries.

Then “public works projects” were introduced by our federal government, which give the illusion that they are able to create jobs. Governments never can and never will be capable of creating wealth or jobs. They can only make it seem like they are achieving economic progress while they siphon wealth away from private citizens.

Our current President’s executive order called “National Defense Resource Preparedness” allows, under a “national emergency”, for the confiscation of any and all private resources including farms and businesses. These resources are to be redistributed by the government to ensure security conditions. The President can declare a national emergency for any reason that he pleases. This is definitely a Stalinist model in its purest form.

For a Soviet configuration to flourish, poverty among regular citizens must be institutionalized. Dependency demands a continuing presence of despondency and despair. In The United States, this is being achieved by means of a combination of inflated pricing and lowered wages together with the deterioration of employment alternatives.

In a Soviet type of system, an intelligent person is not allowed to accomplish anything of any significance. Citizens must conform to the ideologies of the educational system. This type of market strategy necessitates a continual theft from citizens. Diminished employment opportunities, reduced wages, minimized resources, increasing taxes, greater price controls as well as a significantly ignorant population allow this type of tyranny to flourish.

Regrettably, the United States is well on its way in all of these areas. You may have noticed that our country has begun to show a lot of the same characteristics evident in these other forms of tyrannical governmental philosophies.

All of the leaders of these governments would have loved to have had the technological resources available today to control their people. A Technocracy is taking shape in this country which will far surpass any form of tyranny ever experienced on earth before. Not only will we be forced to comply with government systems of education, health care, taxation, welfare and pricing but we will be constantly monitored technologically to ensure that we do what we are told to do so that we avoid falling into our corrupt legal system.

Robert Bradshaw is a student of Biblical research and has focused recently on crucial issues in our society today that people must become more aware of so that they don’t stumble in their path to success.