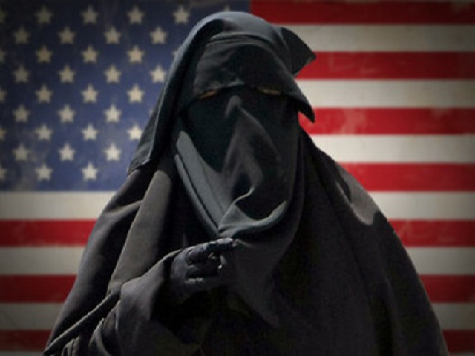 How did we get to the point that a bunch of bullies could shut us up about the most dangerous thing to happen to us since our Forefathers signed the Declaration of Independence? Are we afraid of them, or do we just not know what to do? Are we waiting for someone else to do something? Is there a hero out there who is going to ride in on his white horse and defeat these enemies of truth?

Well, I can assure you, that is not going to happen. Yes, there are decent men and women out there who are doing their part. There are leaders in every industry and walk of life; however, not many have risen to the extent of affecting us nationally. Some of us have solid, concerned state governments, and some state government politicians hate their own constituents and gleefully wait for when they can help crush them. We all have national politicians who have not only been compromised, but who unconditionally sold their souls to the UN, the globalist, Agenda 21, and our demise.

Until 2008, I slept on with the rest of America, and just naively assumed our leaders were Americans who loved our country and would put her first. I was wrong. Most politicians (I don’t call them leaders) only “serve” to fleece the public and to promote the globalist agenda, which is the complete destruction and takeover of the United States. These traitors are working diligently for their own seat at the table in the new global government they are helping to create.

It’s much easier to invade a nation when she has lost her dignity and doesn’t know the truth about herself, and who she is. Common sense tells us that nations have identities just like people. I have counseled hundreds of people through the years who for one reason or other had been beaten down and saw themselves as broken, worthless, bad, or useless. Many of them were either physically or verbally abused as children, causing them to carry deep scars into their adult lives. Many grew up looking for acceptance and identity from the people in their lives rather than through God or finding their own inner strengths.

America is becoming like those abused clients. She has always been a strong, beautiful people the whole world envied for generations. She has known her own strengths and stood proud. She has accepted the downtrodden and given freely of her abundance. People from other nations have dreamed of coming to America for a better life and future since her beginning. Immigrants traveled for months on ships with their families and their few meager belongings, simply for the promise of a better life. It didn’t take long for them to acclimate to their new surroundings and plant deep roots, adding to America’s strength and diverse culture.

Our world has changed a lot in the past 5 years. Common words have taken on whole new meanings. Politicians are pushing the globalist agenda that most of our Washington traitors secretly pledged to advance into America at breakneck speed. They use our children as tools to get rid of the Second Amendment and take guns out of the hands of the public. Immigration reform has nothing to do with providing a better life for the downtrodden. Anyone who is familiar with Agenda 21 knows that immigration is an essential part of breaking down our national identity and cultural heritage. While there are many wonderful people immigrating to the US, with the desire for a better life and becoming part of us; there are many, many more who want to come here and force us to give up our culture and accept theirs. While we all love to learn about other cultures and celebrate with our new friends, we don’t want to live in their culture and live under their laws here in America.

It would have been ridiculous even to suggest that sharia law would inundate America until Barack Obama stepped onto the national scene. Have you ever heard the term, “That’s going to be the death of me”? Well, political correctness is designed to do just that. The left has so bullied us that we are either fearful and timid, “Shh, let’s not rock the boat”, or we just keep hoping that some hero is going to rise and stop this craziness. Avi Lipkin, renowned author and speaker said the following:

Obama was made a Muslim man in Indonesia by age 11. He said, ‘I’ve got health care problems, I got economic problems in America, Muslims in Egypt and Muslims in the Muslim world, be patient, I will show you when the time comes what I am going to do to Israel.’ My wife picked up other broadcasts, for example the Saudis were saying, ‘we will have a Muslim in the White House in 2008.’ The Saudis also said, ‘Obama has three tasks: task number 1 is to destroy the Shiite threat in Iran, task number 2 is to destroy the Jewish threat Israel, task number 3 is to destroy the great Christian Satan America and turn America into a Muslim country.

We don’t know if this is absolutely true, but we must admit that it is what is happening. The most divisive President in history, who clearly hates America and Americans, has done everything in his power to destroy the United States that we have all known and loved. We can pretend that the next election, the next President, the next whatever is going to change it all back. We can delude ourselves into thinking that if we just keep our mouths shut and wait them out, things will get better. Well folks, that is a delusion. Yes, we must work diligently to make sure the right men and women are in office. We must speak and write and wake up our neighbors; however, that is only part of the job.

We must all become Rosa Parks. NO, I WILL NOT sit in the back of the bus. I am an American. I was born an American. There is nothing wrong with my skin color, my heritage, my gender, or my mind. I am free, and I refuse to live any other way, but as a free American. It’s time for real Americans to say: “Enough!”. NO. No, you cannot fly your flag over our school, our city, our state, or our White House. If it’s not an American flag, it doesn’t belong. NO, I will not go home and change my shirt because there is a picture of a gun on it, if you’re okay with the shirt the guy sitting next to me has on with a message that threatens my life. NO, I will not accept anti-American laws made by traitors who have secretly sworn their allegiance to the United Nations and the global agenda that is determined to destroy our beautiful America. NO, I will not give up my seat to a Jihadist who is working hand in hand with our President and his friends to destroy our country and eventually take our lives.

In a fiery speech he made to the Virginia Convention while raising a militia in March of 1775, Patrick Henry spoke these words that are being echoed all over America today:

“Gentlemen may cry, Peace, Peace but there is no peace. The war is actually begun! The next gale that sweeps from the north will bring to our ears the clash of resounding arms! Our brethren are already in the field! Why stand we here idle? What is it that gentlemen wish? What would they have? Is life so dear, or peace so sweet, as to be purchased at the price of chains and slavery? Forbid it, Almighty God! I know not what course others may take; but as for me, give me liberty or give me death!”

We have heard these words all our lives. For the first time in our history Americans actually understand them. “Give me liberty or give me death.” The key to that statement cannot be overlooked. Without liberty, death is inevitable. It’s time for Americans to cho0se.