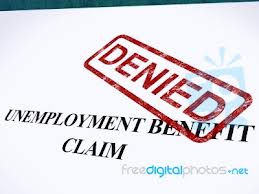 The “First in Flight” State, North Carolina, has now become the first state in the Union to reject federal money and put an end to unemployment benefits for 70, 000 people on Monday. The state legislature made the decision citing saving businesses money and to make extra payments on a debt they have which is due in 2015, rather than had been assumed in 2018.

State officials adopted the package of benefit cuts and increased taxes for businesses in February, a plan designed to accelerate repayment of a $2.5 billion federal debt. Like many states, North Carolina had racked up the debt by borrowing from Washington after its unemployment fund was drained by jobless benefits during the Great Recession.

The changes go into effect Sunday for North Carolina, which has the country’s fifth-worst jobless rate. The cuts on those who make unemployment claims on or after that day will disqualify the state from receiving federally funded Emergency Unemployment Compensation. That money kicks in after the state’s period of unemployment compensation — now shortened from up to six months to no more than five — runs out. The EUC program is available to long-term jobless in all states. But keeping the money flowing includes a requirement that states can’t cut average weekly benefits.

Republican leaders who control the General Assembly sought an exception to the federal law two months before voting to change unemployment benefits. Congress last year allowed Pennsylvania, Indiana, Arkansas and Rhode Island to proceed with cuts to weekly benefits that their legislatures had approved for after the expected expiration of federal benefits, which later were extended. North Carolina’s request was never acted on.

Overall these changes will mean that $3.6 billion in benefits will be cut, according to the General Assembly’s fiscal research office. Cuts to the unemployed make up about 74% of that figure.

Businesses in North Carolina currently pay about $42 per employee to help pay back the federal debt, which fell to $2.1 ($2,144,184,708.62) billion in June. That money, which was borrowed to cover state-funded unemployment benefits after unemployment soared beginning in 2008, triggered higher federal unemployment taxes for businesses.

Without the cuts to unemployment benefits, businesses would see an increase of $21 per employee per year until the debt is paid.

“You’ve got to pick a point in time where you solve the problem. They picked a point in time that allowed us the most time to pay the debt as quickly as we can and get a new program in place so that we can help people find work,” said Gary Salamido of the North Carolina Chamber. “It’s a very unfortunate circumstance for everybody involved.”

Democrats blasted Republicans at a news conference last Wednesday saying that they were heartlessly “punishing” the long-term unemployed at a time when the state has the fifth highest unemployment rate in the nation at 8.8%.

They also complained that North Carolina is the only state in the nation that has taken action that will prevent workers from receiving extended, federally funded unemployment benefits that kick in after jobless workers exhaust their state-funded benefits.

“This is getting to be a mean, mean place for people at the bottom and working families in this state,” said Senate Minority Leader Martin Nesbitt of Asheville.

“Why is that necessary when this benefit is 100 percent federally paid?” asked Rep. Larry Hall of Durham, the House Democratic leader.

The new law cuts the maximum unemployment benefit by about one-third, from $535 a week to $350, and slashes the maximum weeks of benefits from 26 to a sliding scale between 12 and 20 weeks.

WATER WARS are about to erupt in America as dwindling supplies lead to legal clashes among western states
August 18th, 2022 DC Dirty Laundry

WATER WARS are about to erupt in America as dwindling supplies...

Our turn: Americans have every right to sue over covid mandates,...

ANOTHER Canadian doctor, 26, dies from covid injections – that makes...