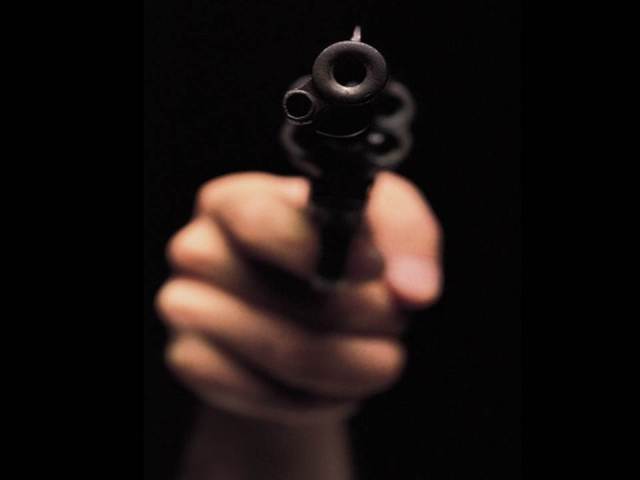 A ten year old boy in Canarsie, Brooklyn, a middle class neighborhood in New York, encountered burglars trying to rob his home. He managed to disarm one of the burglars and take his gun, firing back at him. Both the ten year old and the burglar exchanged gunfire, but no one was hurt. However, this young man defended his home like a man!

According to police, two armed men entered the boy’s home in delivery-type uniforms. Police still don’t know what they wanted, but they definitely got a big surprise.

One of the men took two people, who were in the house, and put them on the floor, holding them at gunpoint. His accomplice began to walk towards one of the bedroom doors. The door was ajar and he saw the ten year old in the room, behind the door.

The burglar put his gun through the door and as he did the ten year old runs toward the door, crushing his arm, forcing him to drop his gun on the floor.

He then picks up the gun and begins firing in the direction of the suspect. The suspect fled, as his accomplice headed towards the bedroom and began exchanging fire with the ten year old.

The second accomplice then fled the scene as well.

According to a neighbor the ten year old is a “really nice kid.” He always says “hello” and is polite to those he comes in contact with.

Police are investigating the incident as a home invasion and robbery. They are working up criminal sketches to be distributed to locate the suspects. I’m also wondering if attempted murder charges might be filed.

The home is in a very nice neighborhood. According to reporter Teresa Pirolo, there were two BMW’s in the driveway and the home was the only home with surveillance cameras.

The police and neighbors have called this young man “brave” and for good reason.