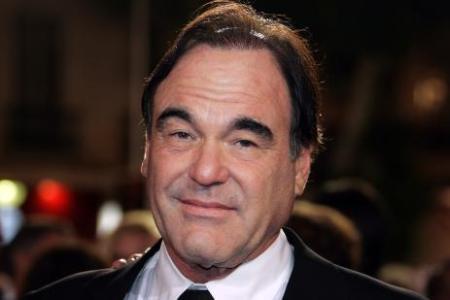 Oliver Stone must be working on a new movie. I am not certain how to take his comments from yesterday because for the most part his comments are true. The biggest problem I  have is… if I have a problem with my country I take it to the streets of America and not the streets of the Czech Republic. As if enough people don’t already hate us? Come on Ollie! Take a day off for the Fourth at least.

A couple of right wing sources have jumped on Oliver Stone for his comments but honestly I can’t. I feel like he is for the most part speaking the truth. It’s embarrassing that he used the 4th of July to share his thoughts and that he did so in Europe. But nonetheless I can’t disagree with him. See what you think… Newsbusters reports:

Take Oliver Stone for example who on the Fourth of July actually said of the United States at a film festival in the Czech Republic, “The world is in danger with our tyranny.”

As The Wrap reported moments ago, Stone also said during a press conference at the Karlovy Vary International Film Festival, “It’s a disgrace that Obama is more concerned with hunting down Snowden than reforming these George Bush-style eavesdropping techniques…To me, Snowden is a hero, because he revealed secrets that we should all know, that the United States has repeatedly violated the Fourth Amendment.”

“He should be welcomed, and offered asylum,” Stoned continued, “but he has no place to hide because every country is intimidated by the United States. This should not be. This is what’s wrong with the world today, and it’s very important that the world recognizes and gives asylum to Snowden. Everyone in the world is impacted by the United States’ Big Brother attitude toward the world.”

But he didn’t stop there.

In front of a room of mostly European journalists, Stone said, “We need countries to say no to the United States.”

“The United States is the dominant power in the universe, with its eavesdropping abilities, cyber abilities,” he continued. “And the world is in danger with our tyranny.”

He could have made the same comments about a lot of other countries in regards to tyranny, but I won’t dispute that American tyranny is currently a danger to a lot of people.

I could nit pick a little here but I won’t. I’d say I am mostly in agreement with Oliver Stone’s thoughts. I’m more curious to know what our readers think on this one.