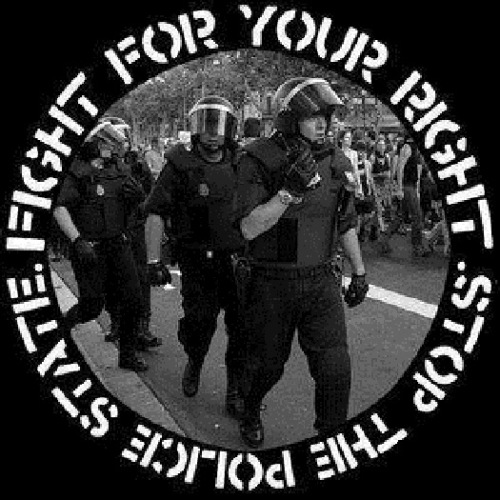 First, the Obama regime trampled on the First Amendment’s promise of freedom of religion by mandating religious Christian groups and institutions (hospitals, schools, universities, even the craft store Hobby Lobby) to provide contraceptives and abortifacients in their “health care” coverage of employees.

Then the regime and its accomplices in the Left and the media seek to trample on our Second Amendment’s promise of our right, as free citizens, to bear arms.

Now the police of Henderson, Nevada, a suburb of Las Vegas with a total population of 257,000, are trampling on the U.S. Constitution’s Third Amendment, which prohibits quartering soldiers in citizens’ homes in times of peace without the consent of the owner.

Henderson police arrested the Mitchell family for refusing to let officers use their homes as lookouts for a domestic violence investigation of their neighbors, in contravention of the Third Amendment. The Mitchells are now suing the City of Henderson, its Police Chief Jutta Chambers, Officers Garret Poiner, Ronald Feola, Ramona Walls, Angela Walker, and Christopher Worley, and City of North Las Vegas and its Police Chief Joseph Chronister, in Federal Court.

Plaintiffs Anthony Mitchell and his parents Michael and Linda Mitchell state in their complaint:

“On the morning of July 10th, 2011, officers from the Henderson Police Department responded to a domestic violence call at a neighbor’s residence. At 10:45 a.m. defendant Officer Christopher Worley (HPD) contacted plaintiff Anthony Mitchell via his telephone. Worley told plaintiff that police needed to occupy his home in order to gain a ‘tactical advantage’ against the occupant of the neighboring house. Anthony Mitchell told the officer that he did not want to become involved and that he did not want police to enter his residence. Although Worley continued to insist that plaintiff should leave his residence, plaintiff clearly explained that he did not intend to leave his home or to allow police to occupy his home. Worley then ended the phone call.

Defendant officers, including Cawthorn and Worley and Sgt. Michael Waller, conspired among themselves to force Anthony Mitchell out of his residence and to occupy his home for their own use.

Addressing plaintiff as ‘asshole’, officers, including Officer Snyder, shouted conflicting orders at Anthony Mitchell, commanding him to both shut off his phone, which was on the floor in front of his head, and simultaneously commanding him to ‘crawl’ toward the officers.

Confused and terrified, plaintiff Anthony Mitchell  remained curled on the floor of his living room, with his hands over his face, and made no movement.

Mitchell says in the complaint that the officers then arrested him for obstructing a police officer, searched the house and moved furniture without his permission and set up a place in his home for a lookout.

From the complaint: “Plaintiff Anthony Mitchell’s pet, a female dog named ‘Sam,’ was cowering in the corner when officers smashed through the front door. Although the terrified animal posed no threat to officers, they gratuitously shot it with one or more pepperball rounds. The panicked animal howled in fear and pain and fled from the residence. Sam was subsequently left trapped outside in a fenced alcove without access to water, food, or shelter from the sun for much of the day, while temperatures outside soared to over 100 degrees Fahrenheit.”