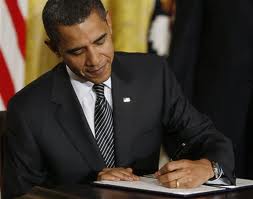 If you recall, back on January 16, 2013, standing with little children, Barack Hussein Obama tried to pull a fast one on the American people and issued 23 executive orders pertaining to gun control. Among those was number 14: Issue a Presidential Memorandum directing the Centers for Disease Control to research the causes and prevention of gun violence. Well friends, that study did happen and it destroyed Obama’s position on guns and gun violence.

Well like all things in government, the people tasked with the study simply directed the study to the Institute of Medicine and National Research Council. However, many people have not heard about the report. Could it be that much of the information in the report didn’t quite “jive” with Obama and the anti-gun crowd?

Actually, that’s exactly what it did. In fact, not only did they not hold any water for Obama’s claims regarding gun violence, it poured it on him, pretty much backing every Second Amendment lover’s argument that has been made.

The report, titled Priorities for Research to Reduce the Threat of Firearm-related Violence, which identifies the particular topics of gun violence to be researched over the next few years, made the point that the majority of deaths that take place annually by the use of a firearm are not related to crime, but to suicide.

“Between the years 2000-2010 firearm-related suicides significantly outnumbered homicides for all age groups, annually accounting for 61 percent of the more than 335,600 people who died from firearms related violence in the United States,” reads the study.

That’s obviously not a good thing. However, it indicates that many Americans suffer from both a spiritual and mental health issue. With that said, let’s not then run to government to deal with mental health issues. I’ve warned before and I’ll warn you now: That would be a very bad move.

Here’s the great news in the report though. It points out that virtually every study which “assessed the effect of actual defensive uses of guns” discovered the same thing. Those using their guns for self-defense “consistently lower injury rates among gun-using crime victims compared with victims who used other self-protective strategies.”

Oh and remember how we’ve been told by the Obama administration and the socialist gun grabbers that guns aren’t used that often in self-defense? Well, the report shows that isn’t true either.

“Defensive uses of guns by crime victims is a common occurrence, although the exact number remains disputed (Cook and Ludwig, 1996; Kleck, 2001a),” the study reads. “Almost all national survey estimates indicate that defensive gun uses by victims are at least as common as offensive uses by criminals, with estimates of annual uses ranging from about 500,000 to more than 3 million per year (Kleck, 2001a), in the context of about 300,000 violent crimes involving firearms in 2008 (BJS, 2010).”

Yeah, not as uncommon as the propagandists would have us believe.

In all fairness, the report does point out that “some scholars point to radically lower estimate of only 108,000 annual defensive uses based on the National Crime Victimization Survey (Cook et al., 1997).”

While the report does maintain that this will always be a controversy in the field, the study does state that “the estimate of 3 million defensive uses per year is based on an extrapolation from a small number of responses taken from more than 19 national surveys,” while the “estimate of 108,000 is difficult to interpret because respondents were not asked specifically about defensive gun use.”

“A different issue is whether defensive uses of guns, however numerous or rare they may be, are effective in preventing injury to the gun-wielding crime victim,” reads the report.

The report does have a downside. It indicates that we have the most firearm related deaths of any western nation. However, the good news is that the study claims that is rapidly declining.

Additionally, the report goes on to inform about other declines. “Firearm-related death rates for youth ages 15 to 19 declined from 1994 to 2009,” the report continues, adding that accidental shootings were declining as well.

While everyone recognizes that there will always be crime and violence and yes, even gun violence, the fact of the matter is that gun control is not the answer, except to make sure you control your own gun and hit your target. For sure there will be more data added as the study continues, but already what they do have from the past indicates something that is completely opposite from what this administration has presented and there is no doubt that any information that comes out of the study will be thoroughly scrutinized.

The report also referenced video game violence to see how it might contribute to gun violence, but said that more research would need to be done and no research to the present has been conclusive.

Anyone wondering why Barack Obama, Joe Biden and Dianne Feinstein aren’t running to the state run media to air out this little report? It’s because they have egg on their face.

One last question that is on my mind is, how much did will this study end up costing the American taxpayer?