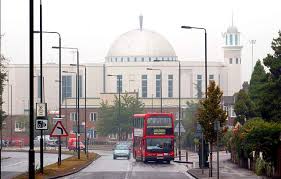 What would it be like if there were daily calls via television broadcasts for Christians to pray during the entire month of December? The outcry would be tremendous and it would probably be shut down before it even began. Well hang on to your hats, because Channel 4 in the UK, according to their own website, “will become the first mainstream British TV channel to broadcast the Muslim call to prayer live each morning throughout the month-long religious festival of Ramadan.” Apparently Brits have not had enough of the Islamization of their nation, they are welcoming indoctrination and propaganda via the “telly.” However, there is at least one voice in the Christian community calling it treason.

“The call to prayer will be preceded by a short film, Ramadan Reflections, featuring a range of voices, from imams to architects, feminists to a former rock chick, each providing some serious Ramadan food for thought. It forms part of a season of programmes, 4Ramadan,” reads Channel 4′s website. These Islamic calls to prayer will take place for three minutes each morning and will be accessible not only from the television, but also from Channel 4′s website. They will launch at the same time mosques in London will be playing their call to prayer.

Ralph Lee, Channel 4 Head of Factual, said: “The calls to prayer prompt Muslims to carry out quiet moments of worship, but hopefully they’ll also make other viewers sit-up and notice that this event is taking place.”

However, Christian UK blogger Stephen Green, this is not what is happening at all. Referencing the bloody, broad daylight murder and beheading of UK soldier Lee Rigby, he penned “It would be more honest to say:  ’Following the atrocity in Woolwich, it’s a good time to shove Islam down ordinary people’s throats and whip up anti-Islamic sentiment,” Green wrote.

Channel 4 will broadcast the Adhan at 3am from the start of Ramadan on 9th July.  They have drawn the line at doing it five times a day.  That will be left to the Channel 4 website.  Wikipedia sums up the Adhan’s purpose like this:

‘The main purpose behind the multiple loud pronouncements of Adhan in every mosque is to make available to everyone an easily intelligible summary of Islamic belief.

‘It is intended to bring to the mind of every believer and non-believer the substance of Islamic beliefs, or its spiritual ideology. In modern times, loudspeakers have been installed on minarets for this purpose.’

In other words, the Adhan is there to drum the tenets of Islam into the ears.  This is because the Adhan sums up the Shahada, the statement of faith: ‘There is no god but Allah, and Muhammad is the Messenger of Allah’.

The British Constitution holds that there is no God but the Almighty God and Father of the Lord Jesus Christ, who is King of kings and Lord of lords.  So every day during this Islamic festival, a terrestrial broadcaster in the UK will be broadcasting what in any other age would have been regarded as treason.

Muslim commentator Nesrine Malik, writing in the Guardian, said: “Apparently, there is an urgent need, post-Woolwich in particular, to show that Islam is a religion of peace and sacrifice. This is an inherently contradictory stance. If there is such a charged atmosphere in the UK vis a vis Islam, why ‘provoke’ people by projecting this message even more loudly?”

While in many Islamic countries the Adhan is touted over loudspeakers five times a day, thankfully it has not been permitted in the UK or the US, yet. However, it is still announced.

This should be disturbing for the people in the UK to be oppressed with the Islamic message and culture, but it should also be a warning to us as the Muslim in the White House also uses Islamic prayers and in March 2007, during an interview with New York Times’ Nicholas D. Kristof, Barack Obama talked about Muslim prayers. “Mr. Obama recalled the opening lines of the Arabic call to prayer, reciting them with a first-rate accent. In a remark that seemed delightfully uncalculated (it’ll give Alabama voters heart attacks), Mr. Obama described the call to prayer as ‘one of the prettiest sounds on Earth at sunset,’” Kristof wrote.

I completely agree with Green’s assessment of things, it is shoving Islam down the throats of the people. I equally agree with him when he writes, “Would that Christians would proclaim with equal confidence: ‘Jesus Christ is Lord to the glory of God the Father.’“