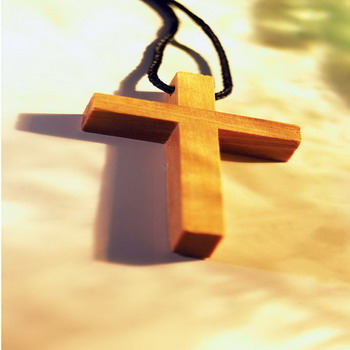 The rights to freedom of speech and freedom of religion apply to everyone.  Still, Atheists and Agnostics seem all too comfortable bashing Christians and the Bible these days. I write articles from a Christian perspective.  If you consider that to be biased, I will admit that I come from a world-view of Christianity.  However, the non-believer comes from a world-view of polytheism, and sadly, most of them are not even aware of this fact.Having a world-view of Christianity (monotheism) or Atheist (polytheism) need not preclude objectivity.  I am a former liberal, so I guess you can say that I’ve “looked at life from both sides now.”

I have been directly insulted time and time again, just for stating that I am a Christian and that I believe in the Bible.  People on Facebook or other websites don’t hesitate to say things like, “Oh, you believe in the Bible, there goes any chance of intellectual discourse.”  Not only that, they insult Christians and the God that we believe in, Jesus Christ.  One man called the Savior, Jesus Christ, “A dead Jew on a stick.”  Funny, I can’t imagine them so easily insulting Islam’s “Prophet Mohammed.”  What they need to realize is that no one is putting a gun to their head to accept Jesus Christ and no true Christian ever will.

Aren’t liberals the ones who are supposed to be the people who are “tolerant?” They seem to tolerate anything or any other religion, just not Christianity.  They seem to think that Christians think of themselves as superior to them.This is an assumption and couldn’t be further from the truth.  In fact, true Christians openly admit that they are sinners.  That is the very reason that we Christians need Jesus Christ, to be forgiven of our sins.  Being a Christian is a humbling experience because it requires admitting that we are flawed human beings.

Granted, there are people who claim to be Christians who are anything but Christian.  Our Bible tells us, that, as Christians, we will be known by our fruits, evidenced in the way that we love one another. (John 13:35) When Christians make a confession of faith in Jesus Christ, they don’t become perfect.  They simply believe in a monotheistic God, the God of the Bible.  Believing in the Bible doesn’t make anyone less intelligent than anyone else.  When we admitted that we were sinners and accepted Jesus Christ as our Savior, we didn’t throw our brains out the window or drown them in the waters of baptism.  Constantly having to defend our intelligence is unacceptable.  The intelligence tactic is simply that, a tactic.

For now, however, I will indulge those who openly and blatantly insult the intelligence of Christians.  Another assumption (I dare call them prejudices) in scientific circles is that science cannot coexist with Christianity.  This is absolutely untrue.  There are many Christians who also happen to be scientists who are making a difference in the world.  A link is provided of famous scientists, mathematicians and philosophers who were professing Christians.  The list includes, Sir Isaac Newton, Max Planck, William Thompson Kelvin, and Galileo Galilei.  It can hardly be argued that these were less than brilliant men.

Christians are accustomed to being bashed and called names, especially that of “hypocrite.”  As previously stated, Christians aren’t perfect and don’t claim to be so. I wonder why people that insult Christians and the Bible don’t really give a hoot what the Buddhists are doing and insulting them (or any other religion for that matter!)  Why do they hold Christians to a higher standard than other religions?  Why does Christianity strike such a nerve in non-believers and Atheists?  If they believe that Christian’s are simply blindly following a fairy tale, why does it bother them so much?

In America, we have the right to believe in whatever religion we choose, as long as we aren’t hurting one another.  It concerns me greatly that Christians are being stifled in their rights to freedom of speech and freedom of religion.  If others want to believe that a paper cup is god, they are entitled to have that belief without being ridiculed.  For me, I think I’ll keep the Jew on the Stick.  Except for one thing….He’s not dead, He’s alive!

Famous Scientists Who Believed in God