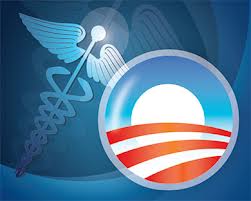 All 45 Senate Republicans are calling for the implementation of Obamacare to be permanently delayed. The senators make their request in a letter to Barack Obama.

“We write to express concern that in your recent decision to delay implementation of the employer mandate, you have unilaterally acted and failed to work with Congress on such a significant decision. Further, while your action finally acknowledges some of the many burdens this law will place on job creators, we believe the rest of this law should be permanently delayed for everyone in order to avoid significant economic harm to American families,” the senators write.

In response to questions about the administration’s decision, your senior advisor Valerie Jarrett said, “We are listening,” while referring to the concerns of the business community over the onerous employer mandate that will result in fewer jobs and employees working fewer hours. We have been listening as well, and as more employers have attempted to understand your burdensome requirements in the Affordable Care Act, the louder their outrage has become.

We are also listening to the views of the American people. A recent Gallup poll from June of 2013 showed that a majority of Americans disapprove of the Affordable Care Act. The same survey revealed that for every one person who believes they will be better off under the Affordable Care Act, two believe they will be worse off. Opposition to your health law is growing, and it will continue to grow as more Americans realize that the law is built upon broken promises and will result in higher health care costs and more taxes.

Further, families are facing significant increases in premiums. Last week, the Wall Street Journal published an analysis of premiums and concluded that under your law some Americans will see their premiums “double or even triple,” which is the opposite of your promise that premiums will go down by $2,500 for American families.

Given the widely-held belief by the American people that the Affordable Care Act will not fulfill its promises and will result in higher costs for American families, we implore you to listen to the American people. This law is unworkable and harmful to the economy and to American families, and your actions to delay the employer mandate are an acknowledgement of this fact. While your recent action provides temporary relief for some, we believe that all Americans deserve permanent relief from this onerous law, so that we can adopt common-sense reforms that will actually lower costs and that Americans support.

Well, I’m glad to see that the Republican senators are moving in this direction. Heck, they even got the RINOs onboard in this. I realize some of them are looking towards re-election next year. This won’t help them, but at least their stand on this is acceptable. Now how about they work to get Democrats to cross the aisle and shut the Obamacare Beast down for good.