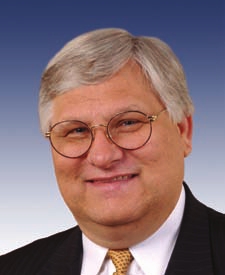 Congressman Kenny Marchant (R-TX), whose district includes several areas around Dallas and Ft. Worth and who is a member of the House Committee on Ways and Means and its Subcommittee on Oversight, received a letter from a reader over at Obama Release Your Records, who goes by the name of “Dougster” venting his frustration and desire for articles of impeachment to be brought against Barack Hussein Obama. Marchant replied, stating that Obama is “under the most scrutiny” and being investigated by the House, the Senate and the Federal Bureau of Investigation (FBI).

Marchant indicated that as he views what is taking place with the investigations it is important for him to know the views and concerns of his constituents.

“I share your outrage over the multiple scandals involving the Internal Revenue Service, the State Department, the Department of Health and Human Services, the Department of Justice, and other agencies under this Administration,” he wrote. “Each is alarming and each warrants a high degree of scrutiny.”

He went on to elaborate that when articles of impeachment are introduced, the House Judiciary Committee has jurisdiction to consider theme and collect critical information. From there, they would decide whether to move forward with charges that amount to “treason, bribery, or other high crimes and misdemeanors.”

If those things were settled, those articles of impeachment would then be presented to the House for a vote and, if passed, be sent to the Senate where a 2/3 majority vote would be required to remove Obama from office. Frankly, unless the Democrats believe they are going to be taken down with Obama that is not likely to happen.

“There are currently investigations underway in the House, the Senate, and at the FBI to gather as much information from the Administration as possible. I am involved with and support these investigations so that we can get all information about those that are responsible in order to hold them accountable. Namely, the President is under the most scrutiny and will have to face the truth of what we know to be fact in the many investigations.”

Below is the letter in its entirety:

Texas Congressman Kenny Marchant’s letter to constituent informing him that Barack Obama is under serious scrutiny and being investigated by the House, the Senate and the FBI

I’m not sure how things will pan out with impeachment, but honestly, if NSA and the FBI can dig up dirt on former CIA Director David Petraeus to get him to resign over and adulterous affair, can’t they get the goods on Barack Obama’s history? If they could do that, my guess is that there would be no need for impeachment. Simply send the Sergeant at Arms to arrest him and put him on trial before the American people, with a swift execution to follow, should he be found guilty. Otherwise, at least give it a go and impeach the usurper.