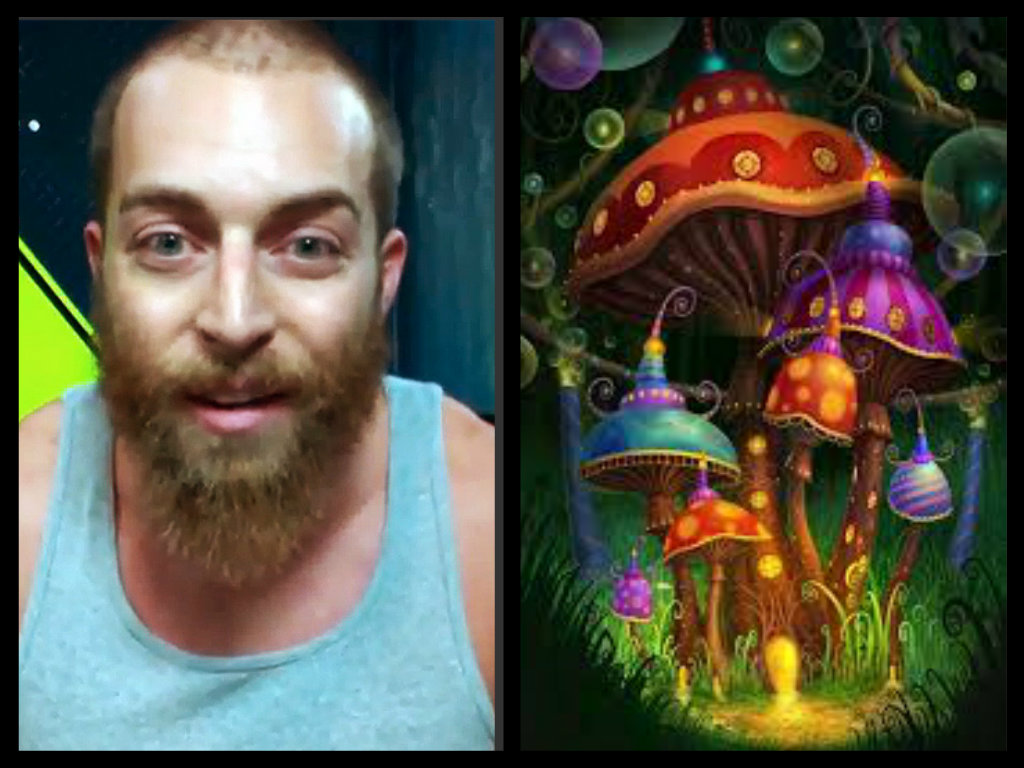 For those who are unaware, Adam Kokesh was arrested Tuesday Night after his one-man armed March in Washington D.C. on July 4th. There will be theories in abundance that Kokesh was set up with the “Magic Mushrooms” that were supposedly found in his house. I am not trying to complete the puzzle on Kokesh today but I do want to fill in some blanks for people who may not understand this hallucinogenic drug. I think we need to understand how it effects the brain and how it may effect the judgement of anyone who is a regular user.

If Adam Kokesh is a regular user of “Magic Mushrooms” then it is important to know how it might effect his actions.

A couple of months ago I took a lot of criticism for asking people if they really wanted to follow a pothead to an armed march. They immediately jumped on me for being “anti-liberty” and so forth. That was not my contention at all. I don’t care if people smoke marijuana. Unless they are driving under the influence or participating in other forms of criminal activity it does not effect me. I am a former user myself but I found it was not for me. I prefer to have a 100% clear mind that is devoid of any mind altering substances. I do not drink alcohol either. This is a personal choice. That does not mean that I am against others being able to do these things.

So questioning someone’s leadership ability because they may be a marijuana smoker is not a condemnation of the drug or people’s right to use it. It is a fair question. And with the latest allegations I think the same question applies.

Like a lot of people I was never against what Kokesh was trying to do, only in how he was trying to do it and, additionally, I doubted his leadership credentials. You can not question his courage but you can’t question the courage of the old PCP freaks who thought they could fly off of rooftops either.

So how does the use of magic mushrooms effect the brain? Time Magazine reports:

More than half a century ago, author Aldous Huxley titled his book on his experience with hallucinogens The Doors of Perception, borrowing a phrase from a 1790 William Blake poem (which, yes, also lent Jim Morrison’s band its moniker).

If the doors of perception were cleansed, every thing would appear to man as it is, infinite. For man has closed himself up, till he sees all things through narrow chinks of his cavern.

Based on this idea, Huxley posited that ordinary consciousness represents only a fraction of what the mind can take in. In order to keep us focused on survival, Huxley claimed, the brain must act as a “reducing valve” on the flood of potentially overwhelming sights, sounds and sensations. What remains, Huxley wrote, is a “measly trickle of the kind of consciousness” necessary to “help us to stay alive.”

A new study by British researchers supports this theory. It shows for the first time how psilocybin — the drug contained in magic mushrooms — affects the connectivity of the brain. Researchers found that the psychedelic chemical, which is known to trigger feelings of oneness with the universe and a trippy hyperconsciousness, does not work by ramping up the brain’s activity as they’d expected. Instead, it reduces it.

Under the influence of mushrooms, overall brain activity drops, particularly in certain regions that are densely connected to sensory areas of the brain. When functioning normally, these connective “hubs” appear to help constrain the way we see, hear and experience the world, grounding us in reality. They are also the key nodes of a brain network linked to self-consciousness and depression. Psilocybin cuts activity in these nodes and severs their connection to other brain areas, allowing the senses to run free.

“The results seem to imply that a lot of brain activity is actually dedicated to keeping the world very stable and ordinary and familiar and unsurprising,” says Robin Carhart-Harris, a postdoctoral student at Imperial College London and lead author of the study published in Proceedings of the National Academy of Sciences.

The argument for a drug like mushrooms is that it strips away a lot of the unnecessary and allows one to reach a higher state of consciousness. Many users of these types of drugs would offer this argument. I do not. My opinion is that certain drugs do raise perception but the problem is the paranoia and hallucinatory effects that go with them.

Since I am a former drug user who inhaled on more than one occasion and experimented with a variety of substances I will give you an explanation of how I see it.

Do certain drugs raise your awareness to certain situations? Absolutely without a doubt. But that is only half of the story.

These same drugs that raise awareness also raise perceptions to things that are not really there. So for every profound discovery a regular user may find multiple instances of bad data being transmitted to the brain. Heavy users know that they might see things that most of us do not see. But they also see things that are not there in any reality. They are hallucinations or the remnants of drug induced paranoia. Users lose the ability to determine what is real and what is not.

You can not have a higher state of perception without the risk of a percentage of it being faulty. Do you understand?

So today I proudly wear my tin foil hat without the use of any mind-altering man-made chemicals or even naturally occurring substances. I may not see things that some see but at least I can trust that they are real when I see them.

Here is a good video that explains the same thing that the Time Magazine article talked about through science:

None of us can truly know at this point if Kokesh was a psychedelic drug user. But if it is proven that he was I think you need to understand how it may have effected his powers of reasoning. This might make a few people angry but I can break down that reasoning right here and now without the slightest buzz.

A lot of recreational a regular drug users like to tell me that these drugs open their minds to see the world how it really is. I have been on both sides of that and found that it was not at all true for me. I’d simply challenge those same people to try what I have tried. Try to look at the world totally sober if you want to know what is really going on.

I don’t have to escape to some alternate plane to see that there are evil powers at work in this country. The evidence is right in front of my nose.

I would ask everyone to pray for Adam Kokesh. Whether you agree with his methods or not… Whether you think he is a government plant or a freedom fighter… Just pray for the man.

While some people eat mushrooms for guidance, I choose prayer. That’s what works for me.

If something else works for you that is OK too. But don’t expect to go eat a handful of mushrooms and gain my loyalty as a follower. America is begging for a strong leader to emerge. I am far from convinced that Adam Kokesh was or ever will be that leader. Time will tell.

Again, Kokesh is innocent until proven guilty and we must remember that. Then again, his previous arrest happened at a marijuana smoke out so if he was set up I would have to say that he made himself a fairly easy target.