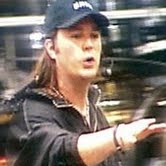 “The known propensity of a democracy is to licentiousness, which the … ignorant believe to be liberty.”

In light of the George Zimmerman trial, many people are watching the media circus fabricate its next deception. While the media are attempting to divide America through racial wars that belong not to this generation, they have been exposed time and time again for their outright lies concerning this case. If it is not MSNBC omitting portions of Zimmerman’s 911 call, or jurors proclaiming that the media showing only pictures of an innocent little black boy has deceived them, then it’s prosecutors who are withholding evidence that would exonerate Zimmerman.

But do they have a right to dispense half-truths, fabricated stories, or outright lies? Of course not! This is simply what the people tolerate – that is until it hits their livelihood. And let me tell you, it does. Martin Luther King stated, “An injustice done anywhere is a threat to justice everywhere.”

Now, I know that in America today most believe that the grace the American church has been teaching, “a license to go and use that grace as an occasion for the flesh” (Galatians 5:13), is the right to break God’s moral law, but in fact, that mindset stands in direct contradiction to its true definition.

Americans stand back and wonder why their government acts in the fashion it does, as to believe that government has some mysterious freedom to break the laws of our republic. After that, its natural course is to trickle over into the realm of the media, a media that proclaim half-truths, fabrications and straight-up lies – as if to say that freedom of speech is now a right to break the law.

Have you noticed in today’s society that equality is talked much of, of course without reference to the law or right-giver?

“We hold these truths to be self-evident, that all men are created equal (under law), that they are endowed by their Creator with certain unalienable rights, that among these are life, liberty, and the pursuit of happiness.” (Thomas Jefferson)

When you read the Declaration of Independence you can see that our rights are derived from our Creator, and nowhere can you find our Creator advocate the right to break His laws (Exodus 20). Freedom is not the right to do whatever we want to do, but that which is right before God to do!

This short video goes into depth and shows you the law that exposes the myth that freedom of speech does not have limits:

Think the IRS scandal is bad? You should see what MSNBC and Rachel Maddow did to Bradlee Dean. Help his lawsuit against them. Stand for America and get your free gift.