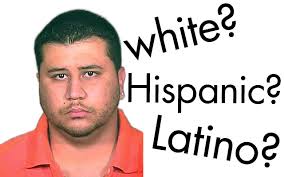 A long,  long time ago, there was a confrontation between two people and one ended up dead.  The police took the survivor to the police station, questioned him, gave him two lie detector tests, both of which he passed and they let him go.  That was the last time George Zimmerman received justice.

The press got their hands on it and made it into the story of the year.  And wherever there is money that Al Sharpton or Jesse Jackson can grab off, they will be there.  Guess who else was there?  Eric Holder.  If not in body, at least in spirit.  With cash.  The DOJ sponsored the Justice for Trayvon Tour.

Still, Zimmerman is a free man awaiting final absolution.  The sheriff who let Zimmerman go was fired.  Today, he says that he was pressured to make an arrest.  When he refused, he was fired former Sanford Police Chief  Bill Lee, told CNN.

The next batter was the media, who finally caught up with the fact that Zimmerman was Hispanic.  But they had already made it a racial thing and they had gone too far to back down now, hence, they coined the phrase “White Hispanic.”  Now remember, liberals claim the darker the skin, the more conservatives hate blacks.  So does that mean anyone who judges Hispanics by the amount of tonin in their skin would be racists?  I think so.

Batting clean up was NBC.  To create the impression that Zimmerman was a raving racist, they doctored a tape, making it appear that Zimmerman was racially profiling Martin.  That lie was exposed but it still lives on in the minds of the weak.

Then the racist in chief, just like in the Harvard incident blamed the cop without having any of the facts, condemned Zimmerman and told the world that if he had a son, he would look just like Trayvon.  Trayvon may have broken into houses, done drugs, and even attacked people, but putting him in Obama’s class is like the Yankees playing a t-ball team.

The prosecutor then got into the act, forced the police to arrest Zimmerman, and charged him for second degree murder.  That would entail him getting very angry and with deranged indifference killing Martin.  The evidence didn’t support that.  She was practically laughing at the press conference she gave.  Even if you believed Zimmerman was guilty of anything, it would be manslaughter.

Not to be left out, the judge then got into the act and decided certain evidence wasn’t relevant.  Oh, like the fact Martin had been smoking pot that night, that he bragged about his fighting, how he tried to buy a gun, etc.  Things like that.  And when the case was nearly over, she then got into an argument with Zimmerman’s lawyer.  She asked Zimmerman if he was going to testify, which is a no,  no.

The lawyer asked for time to confer with his client, but the judge overruled the objection and tried to make Zimmerman answer.  That violates his right for legal representation.  Kathi Belich, a journalist for a local news channel said that in 30 years of reporting in the courts, she had never seen anything the judge’s action before.

Now the prosecutor decides it’s time he got into the act and after arguing for the last week that Zimmerman killed Martin for one reason only.  He wanted to.  He now asks that the jury consider manslaughter and third degree murder.  The judge allowed the manslaughter charge to be considered.  I can see only one reason for it.  They know they didn’t even come close to proving their case, the DOJ is on her arse and they are hoping the lesser charge results in a hung jury.

And once Zimmerman is set free?  Where can he live in peace?  Where can he work?  Will he ever be able to quit looking over his shoulder?  I guess that’s a small price to pay to make money for Al Sharpton, ratings for the television stations and the newspapers, and a good crisis for the White House. Martial law after the riots?  I don’t think so, but then again just 5 years ago if I read this column I would not have believed it.