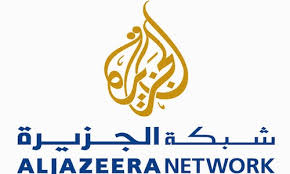 More proof of why terror TV should be kept off the US airwaves?

At least 22 staffers at the Al Jazeera network in Egypt quit in protest of the network’s coverage of events in Egypt. Al Jazeera is a Qatari-owned company. It’s based in Doha, Qatar. The journalists claim that the network’s management made them take a pro-Muslim Brotherhood stance on air during the military coup last week in Cairo.

Jihad murder mastermind Anwar al-Awlaki has praised Al Jazeera, and several years ago one of its most prominent reporters was arrested on terror charges. Al Jazeera also has for years been the recipient of numerous al-Qaida videos featuring Osama bin Laden, Ayman al-Zawahiri and American traitor Adam Gadahn. Yet they never seem to be able to trace where these videos are coming from. They have repeatedly been set up at the point of attack right before a bomb went off, so that they could take the picture of the slaughtered, dismembered bodies.

Al Jazeera has provided material support for jihad terrorism. A number in their employ are members of al-Qaida. Al Jazeera’s correspondent in Afghanistan, who interviewed Osama bin Laden, was sent to prison for being an agent of al-Qaida. Al Jazeera’s first managing director was exposed as an agent of the Saddam Hussein regime, and the channel promoted the bloody jihad against American forces in Iraq.

Cliff Kincaid over at Accuracy in Media has been reporting for over six years, the anti-American channel works hand-in-glove with the Muslim Brotherhood and its associated terrorist groups, including al Qaeda and Hamas. Nothing has changed. In fact, Al Jazeera has become more open about its work as a foreign policy instrument of Qatar, including the promotion of al Qaeda-linked terrorist groups in Syria.

We are at war. And there are many theaters in any given war, but the war in the information battle-space is key to conquest and colonization. Hitler and Goebbels understood this. The Nazi government had an entire ministry of propaganda – a war division. The Muslim Brotherhood understands this, too. It has its own ministry of propaganda: Al Jazeera. Muhammad said, “War is deceit.” The U.S. once understood the power of ideas. We had a war department that had Hollywood greats like Frank Capra and John Ford making films for freedom. Where are our cheerleaders now?

There is a real danger that Al Jazeera’s pro-jihad broadcasting and its influence over jihadists in this country and elsewhere will inspire terrorist acts against Americans. Former Attorney General Michael Mukasey has said that Al Jazeera’s purchase of Al Gore’s Current TV should be the subject of a congressional inquiry because of the channel’s foreign sponsorship.

Defense Secretary Donald Rumsfeld called Al Jazeera’s reporting “vicious, inaccurate and inexcusable,” and President George W. Bush joked about bombing it. Senior Bush officials caricatured the channel as an anti-Semitic, anti-American outlet for Islamo-porn. And here we are, 11 years after the largest and bloodiest Islamic attack on America, and Al Jazeera is buying Gore TV. This is a major step in the network’s goal of expanding jihad propaganda further into the U.S. cable market and gives it a chance to brainwash millions of Americans.

My colleague Cliff Kincaid, president of America’s Survival Inc., who also spoke at the press conference, said: “While Americans are packing theaters to watch the movie ‘Zero Dark Thirty’ and celebrate the death of terrorist Osama bin Laden, the former al-Qaida leader’s favorite TV channel is coming to 40-50 million American homes. Al Jazeera should be exposed as a homeland security threat that already has American blood on its hands. ‘Zero Dark Thirty’ mentions that the courier who eventually led the CIA to bin Laden was located in Pakistan near an Al Jazeera office in order to get the terrorist leader’s videotapes to the channel for worldwide distribution. This captures an essential truth about al-Qaida – its use of Al Jazeera as a weapon of war.”

Video of my remarks here our press conference urging the House Homeland Security Committee to convene hearings into the national security threat posed by Al Jazeera on American soil: t 202-226-8417

There is still time. Call.

As many as 22 Al Jazeera employees have quit since the overthrow of Mohammad Mursi, amid concern over the channel’s alleged bias towards the Muslim Brotherhood and its coverage of Egypt.

Criticism over the channel’s editorial line, the way it covered events in Egypt, and allegations that journalists were instructed to favor the Brotherhood are said to be the main reasons behind the mass resignations.

As many as 22 Al Jazeera staff resigned on Monday, Gulf News reported, but other media said only seven had left the broadcaster.

Al Jazeera anchor Karem Mahmoud said he left because of the channel’s editorial line over recent events in Egypt.
“I felt that there were errors in the way the coverage was done, especially that now in Egypt we are going through a critical phase that requires a lot of auditing in terms of what gets broadcasted,” Mahmoud told Al Arabiya. “My colleagues have also resigned for the same reason.”

Mahmoud told Gulf News he left because of Al Jazeera’s “biased coverage”, but said that some local Egyptian stations were worse.

“I am not satisfied with the performance of local news channels in comparison to Al Jazeera due to their incompliance to neutrality,” he said. “Although I have left, I still carry a lot of respect for Al Jazeera and believe that they will remain one of the most respectful news channels.”
Al Jazeera today confirmed some staff had left its Al Jazeera Mubasher Misr operation, including some it said had “partisan political opinions”.

“Following the recent squeeze on media in Egypt, some Al Jazeera Mubasher Misr staff have decided to leave. We understand the reasons for some employees feeling they need to move on, including those with partisan political opinions,” the broadcaster said in a statement on its press website.

“It’s a good thing to do, because they couldn’t accept what is going on,” he said. “People thought it was the voice of the revolution. And I think people were shocked to discover it was not.”

Al Jazeera fiercely denies allegations of bias in its coverage, saying that their journalists in Cairo had suffered from “intimidation” after Mursi was ousted.

Hours after the overthrow of Mursi by the Egyptian army, security forces raided the Cairo offices of Al Jazeera’s Egyptian TV channel. The broadcaster says “dozens” of its journalists have been detained by authorities.

An Al Jazeera spokesman said in the statement issued today said the channel had been “particularly targeted in an apparent crackdown on information.”

“Throughout our history we’ve had to cope with crackdowns. This unfortunately is nothing new. We will carry on doing our job regardless – upholding the highest standards of journalism, covering all angles of events in Egypt with balance and integrity.”