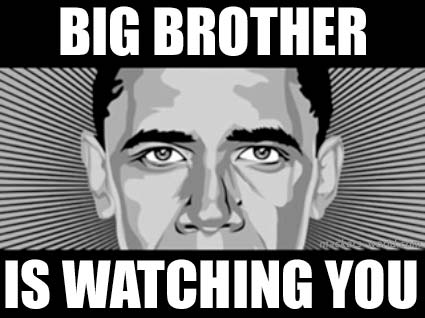 Orwell’s main character Winston was old enough to remember a time when privacy existed-albeit vaguely. In my favorite passage of the novel, Orwell says the following:

“The thing that now suddenly struck Winston was that his mother’s death, nearly thirty years ago, had been tragic and sorrowful in a way that was no longer possible. Tragedy, he perceived, belonged to the ancient time, to a time when there was still privacy, love and friendship, and when the members of a family stood by one another without needing to know the reason. His mother’s memory tore at his heart because she had died loving him, when he was too young and selfish to love her in return, and because somehow, he did not remember how, she had sacrificed herself to a conception of loyalty that was private and unalterable. Such things, he saw, could not happen today. Today there were fear, hatred and pain, but no dignity of emotion, no deep or complex sorrows. All this he seemed to see in the large eyes of his mother and his sister, looking up at him through the green water, hundreds of fathoms down and still sinking.”

In these few sentences, Orwell has perfected the art to which every author aspires. Instead of telling the reader what she should think, he displays, in moving imagery the consequences of a course of action.

Government surveillance, in 1984 and in the present, certainly leads to a lack of privacy but why would this be a problem if a person has nothing to hide? In this context, lack of privacy certainly is creepy but is it tragic?

The true sorrow, as pointed out by Orwell’s passage, is in how being monitored affects our interactions with each other. In an effort to please Big Brother, people’s behavior becomes contrived. As insincere interactions replace genuine affection and honest discussion, relationships and communities suffer.

Just the very presence of a listening ear manipulates our behavior. So much for interactions that are “private and unalterable.”

In another passage, Orwell describes a typical interaction that would occur in the setting of a constantly monitored state:

“As he watched the eyeless face with the jaw moving rapidly up and down, Winston had a curious feeling that this was not a real human being but some kind of dummy. It was not the man’s brain that was speaking, it was his larynx. The stuff that was coming out of him consisted of words, but it was not speech in the true sense: it was a noise uttered in unconsciousness, like the quacking of a duck.”

Orwell’s point is that the right of free speech (1st Amendment of “The Bill of Rights”) cannot truly exist without the right of privacy (4th Amendment of “The Bill of Rights”). This is precisely why it is so difficult for the Obama administration to explain away the recent NSA monitoring disclosures by Edward Snowden as a national security story-because it comes in the shadows of the only weeks’ old news revealing the IRS’s targeting of conservative political groups.

Discussions that aim to balance citizen privacy with security are useful but ultimately incomplete. We cannot overlook the impact that surveillance has on free speech. Otherwise, we all need to start practicing how to quack like a duck.

Patrick Ord is an author who writes on themes of Big Data, privacy, market manipulations, ethics, and culture. His recent novel, THE CURTAIN was just published in March. You can visit his author blog at henrymaddox.com.

Patrick Ord’s new, thought-provoking novel, THE CURTAIN has readers as diverse as grandmothers to Chief Technology Officers raving. THE CURTAIN is available in print, ebook, and audio formats at amazon.com.