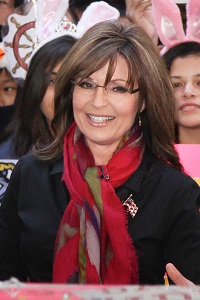 Many women who work in a predominately man’s profession feel shut out, and often receive less pay for the same job a man does. They will usually tell you that there a “glass ceiling” between them and the higher management positions and higher paying jobs, and they know when they have reached it. Most of us have hit that ceiling several times along our chosen career paths.

I have been in the ministry for more than thirty-years. Ministry is just as much a profession as law, medicine, or sales. It also has its glass ceiling, only in most cases women can legally be shut out of higher offices and positions because it’s church related. Women ministers will usually respond in one of three ways. Many will accept their “limitations” and settle into a charming little church where they don’t make waves. Others, like me, become so good at what they do, and learn so many different skills that they are accepted in the higher offices because they are needed. Other women get angry and bitter over their unfair treatment and hate men, blaming them for their plight. I have known many women who have reacted in all three ways.

Unfortunately, these responses aren’t limited to the church. Women everywhere face these same issues and usually respond in one of these ways. I used to say that I had to be twice as good as the guys to be “half” as good. In other words, sometimes women must work circles around men to gain even part of the compensation that a man does. When they give out promotions and raises they often skip over the woman, and it goes to the man she has trained. If she complains, it is just passed off as PMS or hormones. After a woman spends a few decades working under those conditions, she can begin to come unhinged.

We’ve all seen the videos and photo collages comparing pretty conservative women to ugly liberal ones. Have you ever wondered why so many popular conservative women seem to be more attractive and feminine than their liberal counterparts? I’m not talking about the actresses who spend tens and hundreds of thousands of dollars on surgery, personal trainers, and make up. I’m talking about women in the real world who get up in the morning and go to a job and have to juggle a schedule between work, family, and other commitments.

Until the 1960s when feminism burst on the national scene, women were comfortable with being a woman. The word feminine wasn’t vulgar, and a woman was proud to be considered a lady because she understood that her strength wasn’t in competing with men, but in using her natural strengths, God designed her with to get things done.

Many women in the Sixties generation were children in WWII and watched their own mothers and grandmothers enter the work force while the men were at war. Many worked in factories doing their bit for

the war effort. Women who stayed at home scrimped and stretched the meager resources rationed to each family. In the 1960s, hard times were behind them and women didn’t want to go back to their homes and kitchens. They enjoyed making money, and the freedom and fulfillment that working outside the home gave them, and understandably, didn’t want to give it up.

Unfortunately, Progressives led the charge for women’s rights in this turbulent decade and redefined what was and is expected of women. While women clearly needed change and laws written in their favor, many are convinced that to be fulfilled we must compete with men. They believe that, after all, it was men who held us down for all those centuries and turn about it fair play. The women’s movement, or feminism, went from women asking for what they truly deserved, equal pay for the same job and opportunity for advancement, to burning their bras and demanding equal rights in every area of life, and insisting that everything be fair.

Feminism fails to consider the difference in the male and female design. Here is one of the big problems with the liberal woman. Most of them don’t accept the idea that a powerful Creator designed us with unique strengths and possibilities. They think they came from pond goo or something equally nasty. While not all conservatives are Christian, most of them look at the world through the same lens their parents and grandparents did. They instinctively know that a Creator designing it all and that makes more sense than an explosion, or our coming from a monkey or a frog. You see, if we came from a monkey or a frog, or if we were exploded into being, we aren’t accountable to anyone, ever. That makes it much easier to think and behave any way we want.

God did design us with significant differences. While it is undoubtedly true in our bodies, it is equally true in our character, strengths, and emotional stamina. Even in the hunt and gather cultures the woman had a unique role in the community and she relied on her wit, and emotional strengths to guide her family. God designed each gender with a unique set of strengths for a reason. He planned that a man and a woman would join into a family and propagate the human race. Each one has his or her own strengths, and when combined with the other’s strengths, they complete the family and make it “whole”.

Why is the liberal woman so terrified of the conservative woman? Lady Patriot, Julia Sieben, points out, “The media will jump on any excuse to attack a woman who defies their agendas and actually can stand on her own two feet without an entourage of big money and Hollywood stars behind her.”

The Conservative woman understands and appreciates her own power. She knows she cannot only reason for herself, she can express her opinions, and support them with facts. The conservative woman is confident in her own sexuality, and realizes respect is not earned by self-medication of testosterone.

The liberal demands that everything be fair. She fails to realize that if you try to level the playing field by making everything fair for one person or one group it becomes equally or more unfair to everyone else. A recent example of “fairness run amok” is the 10 year old boy in England who was not allowed to drink water at school all day long on Thursday, which was an extremely hot day, because his classmate was fasting for Ramadan. So the whole class did without water to be “fair” to the one. Somehow that doesn’t make a lot of sense, unless you’re a liberal.

Most liberal women live in fight mode. They are ready to fight to make everything “fair and square” for anyone and everyone who agrees with them. Consequently, most of them are angry, and it shows up in their countenance. They fail to realize that this world is not fair and never will be. You cannot legislate fairness, and you can’t force your sense of fairness onto others.

The conservative woman accepts reality and doesn’t try to change her nature to fit a design mold that she was never intended to fit. Whether she is a Christian or not, she has learned to work for what she gets and not expect a supersized government to take care of her. She recognizes that this world is not fair and works to do her part to make it better for everyone. She accepts responsibility for her actions and her needs.

The conservative woman is strong, and she draws on her own God given reserves to accomplish her tasks. This scares the liberal woman who demands the same freedoms the conservative woman has, but expects someone else to give them to her. She wants the government to take the conservative’s freedom and give it to her, but when she gets it, she discovers that she is no stronger than she was before. She never will be. A woman’s strength comes from within.

That’s why Sarah Palin, Laura Ingraham, Michelle Malkin, Ann Coulter, Anne Marie Harpen, Michelle Bachmann, and so many others scare liberal women so much. When a conservative woman succeeds, she shows the world a woman’s true strength and design. When she does that, she is attacked by the small minded liberals who fear that the world will find out that the “Emperor of Feminism” they have been worshiping for 40+ years actually doesn’t have any clothes.

The progressive attacks any woman who sees her own value based on her own ingenuity and efforts independent of government. After the 2012 RNC Convention, Rep. Debbie Wasserman Schultz, the chairwoman of the Democratic National Committee attacked the heavy line-up of women speakers when she said that, “The female-heavy line-up of speakers at the Republican National Convention was merely “shiny packaging” to distract voters.” That line-up of speakers were a former Secretary of State, three sitting Governors, a US Senator, a mayor, 3 US Congresswomen, a former Lt. Governor, and an Attorney General. She was correct. They were “shiny packaging”. That was the inward glow of women who are free to be themselves and to accomplish miracles in their lives as they draw from that inward reserves that liberal women will never understand.