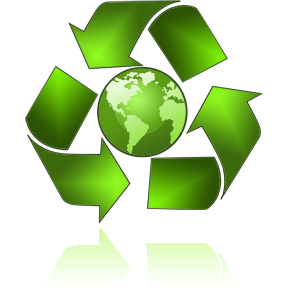 In keeping with Obama’s policy of bankrupting the poor and the middle class, his pet project of green energy, has given him a huge assist.  In the People’s Republic of Maryland and the USSDC, the green energy company is known as  Starion Energy.  Numerous complaints have been filed against them for promising people in poor neighborhoods to switch to them with a promise of lower bills.  What they got was sticker shock.  One person, living in subsidized housing saw their bill go from $96.00 to $149.00 in just 3 months.

Residents claimed they were promised rates of less than half of their current rate.  They were able to fool the low information voters into believing that there is any way on God’s green Earth that green energy could even match the price of conventional electricity.  Even with the enormous subsidies paid to green energy companies, which are mostly owned by large democratic and Obama donors, they cannot compete price wise.

For their part, Starion claims they made no such promises and they never use the word discount.  This is from their website.

Nope, they never ever promise anyone they will save money.  This same thing happened years ago when I was still living near the People’s Paradise of Athens, Ohio.  The city council came up with a plan.  They had an energy company that was willing to give city residents a discount on their rates.  But during enrollment, if you entered, you were stuck and if you didn’t enter, you could not switch later, creating urgency as defined by famed salesman Zig Zeigler.

I investigated the company and they were self-proclaimed pioneers in the field of green energy.  I found a statement by the company that admitted their cost was higher but that it was good for the environment.  I wrote an op-ed for the local paper laying out what I learned.  At the time I moved the plan was not put into play.  But I have no doubt the city council tried to push it through again.

In the 2000 census, Athens County was the poorest county in the entire United States.  Then an oil company, or actually companies were set to bid on leases for over 200 new wells.  High paying jobs would have followed, but President Barack Obama cancelled the oil leases and cost them thousands of jobs.  To add insult to injury, Athens county has the highest percentage of government workers of any of Ohio’s 88 counties.

I digress.  Most of the victims of Starion were the working poor who lived in subsidized housing.   In 2011, there were only 9 complaints against Starion, but by 2013, that rose to 175.  The complaints were almost all the same.  Promises of huge savings, followed by electric rates that rose up to 50% above their former cost.

So much for Obama’s green economy.