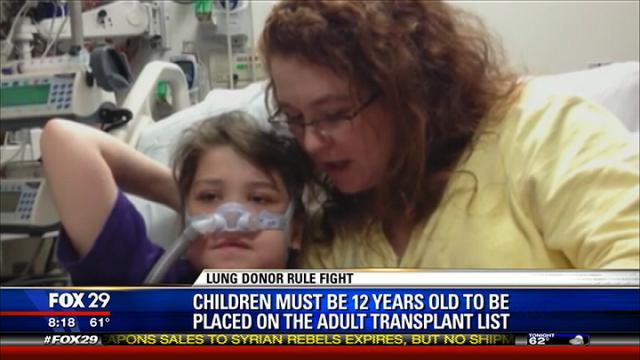 Ten-year old cystic fibrosis patient Sarah Murnaghan captured the nation’s attention when federal bureaucrats imposed a de facto death sentence on her by refusing to modify the rules governing organ transplants. The rules in question forbid children under 12 from receiving transplants of adult organs. Even though Sarah’s own physician said she was an excellent candidate to receive an adult organ transplant, government officials refused to even consider modifying their rules.

Fortunately, a federal judge intervened so Sarah received the lung transplant. But the welcome decision in this case does not change the need to end government control of organ donations and repeal the federal ban on compensating organ donors.

Supporters of the current system claim that organ donation is too important to be left to the marketplace. But this is nonsensical: if we trust the market to deliver food, shelter, and all other necessities, why should we not trust it to deliver healthcare—including organs?

It is also argued that it is “uncompassionate” or “immoral” to allow patients or insurance companies to provide compensation to donors. But one of the reasons the waiting lists for transplants is so long, with many Americans dying before receiving a transplant, is because of a shortage of organs. If organ donors, or their heirs, were compensated for donating, more people would have an incentive to become organ donors.

Those who oppose allowing patients to purchase organs should ask themselves how compassionate is it to allow those people to die on the transplant waiting list who might otherwise have lived if they were able to obtain organs though private contracts.

Some are concerned that if organ donations were supplied via the market instead of through government regulation, those with lower incomes would be effectively denied access to donated organs. This ignores our current two-tier system for allocating organs, as the wealthy can travel overseas for transplants if they cannot receive a transplant in America. Allowing the free market to alleviate the shortage of organs and reduce the costs of medial procedures like transplants would benefit the middle class and the poor, not the wealthy.

The costs of obtaining organs would likely be covered by most health insurance plans, thus reducing the costs directly borne by individual patients. Furthermore, if current federal laws distorting the health care market are repealed, procedures such as transplants would be much more affordable. Expanded access to health savings accounts and flexible savings accounts, combined with generous individual tax deductions and credits, would also make it easier for people to afford health care procedures such as transplants.

There is also some hypocrisy in the argument against allowing market forces in organ transplants. Everyone else involved in organ transplantation procedures, including doctors, nurses, and even the hospital janitor, receives compensation. Not even the most extreme proponent of government-provided health care advocates forcing medical professionals to provide care without compensation. Hospitals and other private institutions provide compensation for blood and plasma donations, and men and women are compensated for donations to fertility clinics, so why not allow compensation for organ donation?

Sarah Murnaghan’s case shows the fallacy in thinking that a free-market system for organ donations is less moral or less effective than a government-controlled system. It is only the bureaucrats who put adherence to arbitrary rules ahead of the life of a ten-year old child. It is time for Congress to wake up and see that markets work better in all aspects of health care, including organ donation, just as they work better in providing all other goods and services.