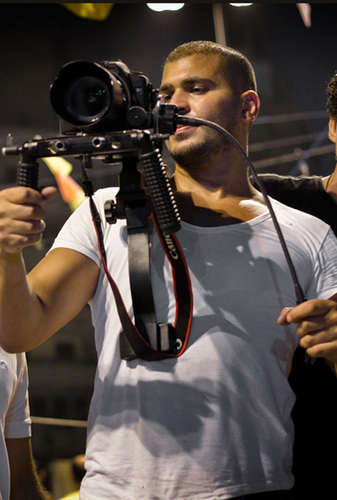 Every American needs to see this video. I understand that this is just the views of one man but it contains more truth than you will get from most media sources. Those on the left do not trust right-wing media sources when we tell them that Barack Obama is in bed with terrorists. I can understand the apprehension. I am not really trusting of anything I see on MSNBC or CNN either. In truth most media sources have an agenda and arguing who is wrong or right seems to keep us locked into a downward spiral. We make no progress and don’t know where to turn for the thing we want most – the truth.

So where do you get the truth if you can’t get it from our media? You won’t get it from Al Jazeera. Several staffers just left them upon allegations of being forced to report stories in support of the Muslim Brotherhood. So my opinion is that taking the thoughts of one man may be more credible than any of the media sources we have at our disposal. So let’s hear the man out. This is Mazen Said and this is his message to Obama and Americans. The English starts 40 seconds into the video:

He brings up several interesting points. This is not a military coup, it is a revolution. The people are behind this and the military is acting on behalf of the people. That’s how it should be.

Note that he mentioned the Muslim Brotherhood in connection with Ambassador Stevens. He said they celebrated his death. What Americans don’t seem to understand is that the Benghazi mystery has already been solved. Americans don’t grasp that concept because they are too busy watching the drama of congress instead of going to the source. We have strong evidence that Morsi and Obama made a deal to exchange Stevens for the Blind Sheik. We know that those two men are as responsible for the death of those four Americans as those who physically killed them.

So when he says that our President supports terrorists, many of us already know this. But how do we wake the others up? Politics has this nation divided.

I believe that Mazen Said is a good man but I believe his is a little naive. The majority of Egyptians hate Americans and it’s not just because of Obama. He may not hate me any more than I hate him but that would certainly put him in the minority.

Either way I think he has a valid point. We have no business being in the middle of this at all and certainly not on the side of Morsi and the Muslim Brotherhood.

These are scary times in America. We have always been a warring nation and we can’t deny that. But the fear in the hearts of Patriotic Americans is that we are now choosing to support the side of evil and not the side of good while doing it consistently. In Syria we are supporting savages. In Egypt it is much the same.

So the difference today is that we are still fighters but suddenly we have awaken to find ourselves on the wrong side. We are no longer freedom fighters. We aid and abet terrorists all over the globe.

It has to stop.

People do get sick of hearing about it. They don’t have time to watch this video. There is a King of the Hill marathon on… The pizza rolls are in the oven… It’s ladies night at the local tavern… Whatever…

Do you know where I am now? I am at a Ronald McDonald House a long way from home. We have been here for two weeks watching our twin girls fight for their lives. I don’t have time to write this any more than people have time to read it but I am making time knowing damn well that most will choose to ignore it.

Because my girls will not grow up in a country ruled by tyrants. This is not negotiable. I am willing to fight to my death to see this country returned to righteousness.

Like the people of Egypt we will attempt to exhaust all other options but once we have done that there will be no other choice.

We have thousands of government officials who need to be removed. It won’t be easy but it is our fault for letting it come to this.

We continue to scream loudly and they continue to ignore us. There comes a time when the old dogs have to give up the bark and show them the bite. Egypt did it and we can too.

Will Obama listen to Mazen Said? Hell no he won’t. But I will. And I will take heart in knowing that Egypt might be just a little bit like America. Maybe it is the minority that will save them in the end.

I can’t fall in love with a country where 61% of citizens believe that terrorist attacks on Americans are justified. But I can realize that 39% of Egyptians do not feel this way and take hope in that.

They probably share some of the same frustration as you and I. I hope and pray that they will not see another tyrant rise to power. Honestly that is what I see happening.

But you know what? I also see that happening here. At least the people of Egypt are doing something about it and if they end up with another tyrant they will hopefully do it again.

There will likely come a day when we must make the same decision.

Will we die for freedom or live as cowards?

Most of us are already dead. It was not meant to be this way.