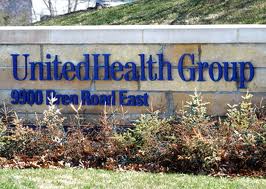 Remember when Barack Obama stood before the American people and said “if you like your healthcare plan, you can keep your healthcare plan”? Well, like everything else that comes out of his mouth that was a lie. Fifty-eight thousand Californians are about to learn that the hard way.

Why is this? Apparently two of the companies that offer individual coverage in California have decided they are pulling out of the market next year, once the individual mandate takes effect.

UnitedHealth said it had notified state regulators that it would leave the state’s individual market at year-end and force about 8,000 customers to find new coverage. Last month, Aetna Inc., the nation’s third-largest health insurer, made a similar move affecting about 50,000 existing policyholders.

“The business model of health insurance is fundamentally changing and some companies are willing and able to adapt,” Georgetown University professor Sabrina Corlette told the Times. “Given the limited market share those carriers had, UnitedHealth and Aetna have made the calculation that it required too much of an investment to change their strategy in California.”

According to the Times, beginning January 1, 2014, “the federal healthcare law forces insurers to accept all individual applicants regardless of their medical history and provide a comprehensive set of benefits with limits on patients’ out-of-pocket spending.”

In other words, Obamacare “basically outlaws anything that follows the principles of insurance,” as Dr. Jane Orient of the Association of American Physicians and Surgeons told The New American in 2010. That, in turn, makes the insurance business unprofitable, especially in the individual market, which is expected to be flooded next year with individuals heretofore unable to obtain coverage because of their costly pre-existing conditions.

That is also why UnitedHealth has decided to offer coverage in just a dozen or so state insurance exchanges, government-run marketplaces for individual health insurance. (Both UnitedHealth and Aetna had already announced that they would not be participating in California’s exchange.) Other insurers, too, are choosing to participate in only a limited number of exchanges, an outcome that Milton Johnson, chief financial officer of HCA Holdings, Inc., the country’s largest hospital chain, told Bloomberg “has probably been the biggest surprise” result of Obamacare.

Part of the problem is that though the Obama administration believes it can force people to buy a product, it cannot force companies to sell it, or at least hasn’t attempted to do that just yet.

The Obama administration has known for month that it wouldn’t be able to implement Obamacare and yet carried on as if it was in complete control. They also know it will cripple the healthcare industry and strike a major blow to the economy.

While we’ve seen that the administration attempt to delay the implementation of the employer mandate for a year, they are unwilling to offer that delay to individuals. However, most Americans would side with Senator Ted Cruz, who introduced legislation that would completely defund Obamacare, and all 45 Republican Senators who called for a permanent delay of implementing Obamacare. After all, the miserable mess that is Obama’s signature legislation is already a dismal failure already and hasn’t even been fully implemented. As evidence of that fact,Democrats are already calling for reform of what was touted as healthcare reform!

In either case, this is not good news for many Californians and since this will span more states than California, we can rest assured this will impact many Americans in the coming year and we have Barack Obama and the Democrats in Congress to thank for it.