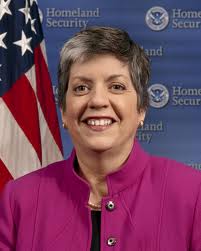 On Friday’s Fox News’ Special Report with Bret Baier, a round table discussion took place in which Charles Krauthammer and Bret Baier attempted to interact with Juan Williams. In commenting on the departure of Homeland Security Secretary Janet Napolitano, Williams praised her tenure stating that “we’ve had no attacks” during her time in that office.

In the midst of the discussion, Williams said “Can I just offer one contrary note, which is under her tenure we’ve had no attacks, we’ve been safe as Americans.”

Baier interjected, “Fort Hood.” Quiet as his response was, Williams was not to be deterred from carrying water for Napolitano.

“And the idea would try to be to downplay some of the tensions between FBI, Justice and Homeland Security,” he continued.  ”But you have to say if you look back on her record, I think she did a pretty good job.”

Krauthammer had a different take on Napolitano’s record. “Her record was the underwear didn’t explode,” he said, referencing the Christmas Day 2009 failed attack of Farouk Abdulmatallab in which he was wearing an underwear bomb on Northwest flight 253, which was carrying almost 300 people.

We’ll also note that though the Obama administration continues to refer to it as “workplace violence,” the shooting that took place at Fort Hood in 2010, which was referenced by Baier, involved Islamic jihadist Major Nidal Hasan yelling “Allahu Akbar.” That jihad resulted in the deaths of 13 Americans and wounding over three dozen. Hasan’s trial just began this month.

Also under Napolitano’s tenure was the recent Boston Marathon bombings, which left three people dead and injured at least 264 people.

These don’t include the numerous incidents across the country that have jihad written all over them, such as Yusuf Ibrahim, who shot and killed two people, beheaded them and cut off their hands, and finally buried them in Philadelphia. Perhaps you will recall these murders, which Fred DeRuvo wrote about recently.

Knowing what we know about Islam, we fail to really identify that is the root of the terrorist attacks. We’re not talking about radicals or extremists. We’re talking about Islamists who are motivated by their ideology. Instead of dealing with Islam, we use tax dollars to make special places of prayer for them at airports, DHS advises deference to pro-Sharia Muslim Supremacists, the federal government issues threats of prosecution against those who speak out against Islam on social media, and Muslim organizations demand special prayer privileges in America’s public schools and get it.

Juan Williams is delusional and so are all who think like him. He simply dismisses the facts to cover for the criminal Obama administration. I’m glad at least someone was there to call him out on it.