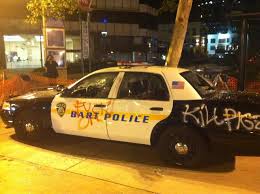 The demonstrations and unrest following the just acquittal of George Zimmerman are more of the poison fruit from Obama’s war on America. Now Trayvon protesters have burned flags and smashed a cop car after the verdict, and news photographers were roughed up during a protest against the acquittal of Zimmerman. Oh yes, this is Obama’s doing.

And the Baltimore Sun reported this on Monday: “Baltimore police say they are investigating a witness account that a group of black youths beat a Hispanic man near Patterson Park Sunday while saying, ‘This is for Trayvon.’”

Is Attorney General Eric Holder investigating if this man’s civil rights were violated? Is anyone even looking for these racist thugs?

This is outrageous. A lynch mob sanctioned by the president of the United States. A lynch mob stoked by the Department of Justice. Remember, Obama said if he had a son, he would have looked like Trayvon. Indeed.

This was a clear-cut case of self-defense from the beginning. It’s why charges were not originally filed against Zimmerman. It wasn’t until Obama’s troglodytes began agitating for a race war that this took off. Not only did Obama rush to judgment and back his “son,” but the media and law enforcement covered upTrayvon Martin’s criminal record.

The attack on Zimmerman and subsequent show trial brought systemic corruption to light and led to the takedown of senior officials. This horrible case is exposing all of the corruption and conspiracy at the state, federal and local levels. On the federal level, we now know that Obama’s Department of Justice organized race riots in concert with Al Sharpton.

On a local level, Martin’s involvement in burglaries and other criminal activity was covered up by the media, school and police. Ben Kruidbos of the Florida state attorney’s office testified weeks ago that Martin’s cellphone contained images of Obama’s “son” blowing marijuana smoke and deleted text messages having to do with a gun – and that Zimmerman’s defense team wasn’t given those images. For this Kruidbos was rightly fired.

It is astonishing that Zimmerman was acquitted, considering the immense forces of the Obama administration and the institutional left working furiously to convict him. The decked was so stacked that it was nothing short of a miracle.

In early April 2012, Special Prosecutor Angela Corey decided not to take the Zimmerman case to a Grand Jury. She decided instead to file an Affidavit of Probable Cause along with some other documents. A court then found probable cause for the charges.

It turned out, however, that the affidavit on which the case for probable cause to try Zimmerman for murder was based had not revealed a large number of details exonerating Zimmerman from any guilt. For example, it didn’t mention the injuries Zimmerman had suffered, which showed that Trayvon Martin was attacking him. Nor did it say anything at all about John Good’s eyewitness recounting of what happened, which showed that Martin was the attacker, on top of Zimmerman hitting him. Instead, all it said was that there was “a struggle.”

Even worse, the affidavit claimed that the voice heard crying for help was Martin’s. It didn’t mention that Martin’s father had specifically denied this. And it repeated the mainstream media’s favorite false claim, that the 911 operator told Zimmerman not to follow Martin.

On the night of Feb. 26, 2012, after the shooting, Zimmerman was taken into custody, treated for the head injuries Martin had given him. Police questioned Zimmerman for five hours and then released him, concluding that he had shot Martin in self-defense. However, six weeks later, the race-baiting machine – Obama, Al Sharpton, Jesse Jackson and the enemedia circus that accompanies their grandstanding – cried racism against the multi-racial Zimmerman, and the rest is history.

Lead investigator Chris Serino said that Zimmerman appeared to be relieved when told him the shooting had been videotaped (which it had not). “Thank God,” he said when he was told. Strange behavior for someone who might have feared that it would show he had committed a murder.

Yet now Obama and Holder are considering trying Zimmerman on civil rights charges. What happened to double jeopardy? I thought it was illegal to try someone on the same (or similar) charges after he has already been acquitted.

But they’re going to try Zimmerman again because these SS thug-tactics didn’t get the lynching they hungered for. And please don’t lecture me that federal charges are not the same as the criminal charges. It’s all semantics. The fact is that the Obama administration has put a big fat target on the forehead on poor George Zimmerman. Leave George Zimmerman alone, vultures. You tortured this poor man enough.

Holder said Monday that the Department of Justice would continue to pursue George Zimmerman. And this fiend framed it in this Orwellian way: He promised “compassion” and “truth.” Holder is to compassion and truth what Hamas is to human rights and philosemitism.

Holder said that he shares concerns about “the tragic, unnecessary shooting death” of the gang thug Trayvon Martin. So if Eric Holder is set upon by a thug who starts banging his small bird-like skull against the pavement, no one, not he, not his service detail, is allowed to pull a weapon.

And he vowed to pursue a federal investigation into the matter.

Meanwhile, the Muslim Brotherhood groups in America are rubbing their hooves in glee: The Hamas-tied Council on American-Islamic Relations (CAIR) issued a press release saying that it “welcomed” the Justice Department’s “review” of the Zimmerman case. The Hamas-CAIR thugs identified themselves as “civil rights advocates” – yeah, and I’m the queen of Sheba. Their agenda is plain: stop jihad profiling.

Congratulations, Obama, it’s open season on anyone who is not a thug.

Pamela Geller is the Editor of Atlas Shrugs and a regular contributor to The D.C. Clothesline. This article originally appeared on WND.com.

Mainstream Media: Keeping The Public Trapped In A Constructed Narrative
May 16th, 2021 Sons of Liberty Media

More Trouble for Cuomo as Subpoenas Begin to Fly
May 16th, 2021 Flag And Cross