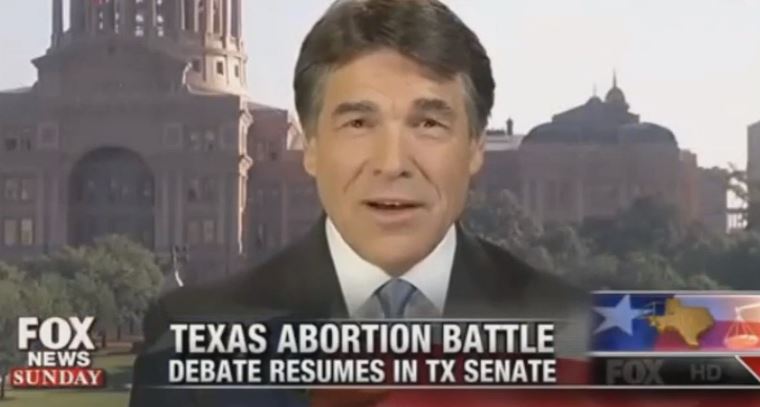 Following huge protests, which included participants chanting “Hail Satan” and having jars of urine and feces, which were to be used against their opponents, confiscated, Texas Governor Rick Perry signed into law legislation passed in the Texas House and Senate that would put heavier restrictions upon abortions in the Lone Star State,

More than 100 Republican lawmakers attended the signing ceremony with a small band of protesters outside dressed in black and holding a sign that read, “Shame.” The legislation had sparked weeks of protests at the state Capitol.

The new law bans abortions after the 20th week of pregnancy and dictates when abortion-inducing drugs can be taken. But it also requires abortion clinic doctors to have hospital admitting privileges and restricts abortions to surgical centers. Only five of Texas’ 42 abortion clinics currently meet the new requirements.

The law will take effect in October and clinics will have a year to upgrade their facilities or shutdown.

Governor Perry said that the new law “builds upon our commitment to protecting life in the state of Texas.”