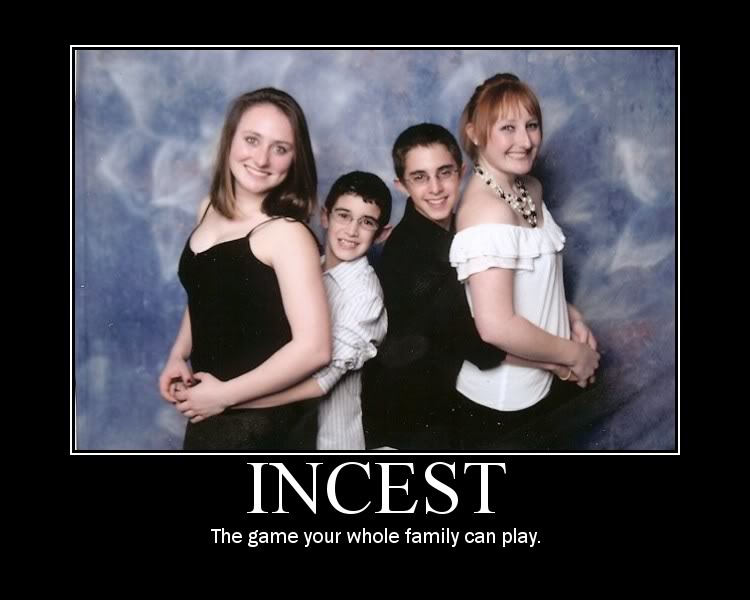 Kent Greenfield,  a Boston College Law School professor, is admitting what gay marriage advocates continue to deny, that gay marriage opens up the door for incest (This will appeal to liberals because it opens the door to many more abortions all with a built-in excuse) and polygamy.

“You know those opponents of marriage equality who said government approval of  same-sex marriage might erode bans on polygamous and incestuous marriages? They’re  right.”

“The left is in this bind in part because our arguments for expanding the  marriage right to same-sex couples have been so compelling.  Marriage, we’ve said, is about defining one’s own family and  consecrating a union based on love. We’ve voiced these arguments in  constitutional terms, using claims arising from the doctrines of ‘fundamental  rights’ and equal protection.”

So if love becomes the only test for marriage, how many women will marry chocolate?  Men would marry someone named Budweiser.  And why not pedophilia and bestiality?  Rednecks could marry their pick up trucks.  Preppies could marry angora sweaters and dirty old men could marry their computers or their hand, oh, what the hell…both.  After all polygamy is now going to be legal.  Of course divorces could get quite messy.  But at least there wouldn’t be any kids made to suffer.

Makes you wonder why we want to send our kids to college, doesn’t it?