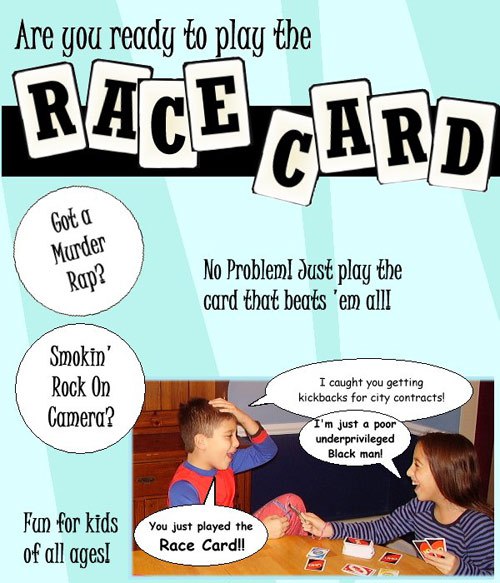 “I have a dream that my four little children will one day live in a nation where they will not be judged by the color of their skin, but by the content of their character.”

Sadly, half a century later, Dr. King’s dream remains an aspiration to be fulfilled. Too many black Americans and their allies on the Left are still relying on the “color of their skin,” scapegoating anyone who judges “the content of their character” with the noxious label of “racist.”

My bud Mark S. McGrew sent me this outstanding essay by Rev. Sam Sewell. He urges that y’all send this post to:

That’s the special email address that Eric Holder and the Department of Injustice so thoughtfully set up for all patriotic Americans to send in their “tips” on George Zimmerman, whom a jury acquitted last Saturday. DOJ wants your “tips” so that the Obama regime can sic him with federal civil rights charges — even though the DOJ’s own FBI has found no evidence that Zimmerman is racist.

No Matter What Color You Are

We need to begin accepting that there is an underclass of people who are racist, criminal, use more than they produce, feed at the public trough, produce fatherless children, see themselves as victims, use dangerous drugs, promote prostitution, whose speech is full of vulgarities and reeks of ignorance, and hate white Americans. Gee, who could that class of people be? Do we have a name for them? Or is the name unspeakable?

Quote from a Psychology Professor I once had;  “People are not who you think they are. People are not who they think they are. People are what they do.That is why this is called the behavioral science”. Forget the labels. They are all misleading. Pay attention to the behavior. Describe these people according to their behavior and all the racist politics dissolve into the nothingness from which they came. The word “racist” was invented by democrats to buy votes.

No Matter What Color You Are:

If you participate in criminal behavior you are a criminal and you don’t deserve to be treated as an equal with law abiding citizens.

If your demographic group has a large number of dysfunctional families your children will not be well adjusted nor do well in school or the workplace.

If your demographic group has a large percentage of “fatherless” children your culture is sick and does not deserve equality.

If your demographic group has a high drop-out rate for high school you are not the equal of educated people.

If your demographic group uses illegal drugs and abuses alcohol you will not be the equal of sober responsible people.

If you cannot properly read, write, and speak the language of your country do not expect equal treatment when you apply for a job or interact with those who are fluent with the primary language.

If you behave hatefully toward other demographic groups you will not be respected.

If you use more than you produce or accept handouts you are of no value to your society and cannot expect to be treated as an equal.

If your demographic group makes up 12% of the population and accounts for 49% of all homicides, and if  93%  of those murders a committed by other people in  the same demographic group, your group is pathologically violent and should not be seen as equal to other less violent groups.

If it is safer to be in the military than in your neighborhood, enlist now.  If you get through boot camp you will be treated as an equal.

If you are blaming other people for your dysfunctional behavior you have serious psychological problems and don’t deserve to be treated as an equal.

There are dozens of demographic studies that have not been cited above, but make the same point.  Don’t blame your color for your lack of equality.  Blame your own behavior.

The good news is that there is a way out.  You do have equal opportunity.  Change your behavior and you will leave your demographic group behind and become an equal.

You may be right that “simple will power” is not adequate to reverse decades of social pathology. But I do know that validating pathology and subsidizing it will prevent any tactic from being efficacious. The sub culture we are discussing is sick to its core. However, the solution is available within this very same demographic group. Not everybody is sick. One of the most valuable areas of research for epidemiologists is studying those who don’t get sick. How are the functional people in this demographic group behaving?  Mostly they succeed because of hard work, good values, and responsible living. And that is a universal recipe for success and is not confined to any demographic group. Those are the nongovernmental solutions that can heal a sick society.

Blaming the pathology on other people is not a solution.

Blaming the pathology on history is not a solution.

Rev. Sam Sewell is Director of Best Self USA, a Pastoral Psychotherapist who serves on the faculty of Naples Community Hospital as an instructor for Clinical Pastoral Education; President of the Theological Centeer in Naples; a member of Mensa where he serves as Gifted Youth Coordinator; a U.S. Navy Veteran; and a Member of the Association For Intelligence Officers. He is a frequent commentator on mental health and religious issues. His award winning research on family issues is published in several languages. Member of Sigma Delta Chi Honor Society.

First Counseling help is available in the privacy of your own home: Best Self USA

The staff at the Best Self USA can help you become the best you can be!