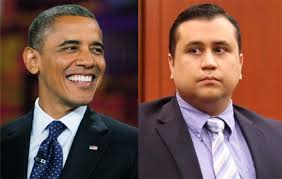 Washington, D.C.- President Obama, or, for clarification reasons, The White House says it will “not press the DOJ” on the Zimmerman trial.

Keep in mind that less than 12 hours after the George Zimmerman verdict was read, Obama, released a statement. It read:

The death of Trayvon Martin was a tragedy. Not just for his family, or for any one community, but for America. I know this case has elicited strong passions. And in the wake of the verdict, I know those passions may be running even higher. But we are a nation of laws, and a jury has spoken. I now ask every American to respect the call for calm reflection from two parents who lost their young son. And as we do, we should ask ourselves if we’re doing all we can to widen the circle of compassion and understanding in our own communities. We should ask ourselves if we’re doing all we can to stem the tide of gun violence that claims too many lives across this country on a daily basis. We should ask ourselves, as individuals and as a society, how we can prevent future tragedies like this. As citizens, that’s a job for all of us. That’s the way to honor Trayvon Martin.

Gun violence? The jury decided that George Zimmerman was NOT GUILTY. It was not “gun violence”, as decided by the jury. Then again, our Commander in Chief has said, “The Attorney General reports to me” …”If I had a son, he’d look like Trayvon.” And now the Attorney General wants to charge Zimmerman with “hate crimes”. This would require a Grand Jury (even though the local jury OF HIS PEERS found him not guilty) and many, many more of your tax dollars.

Taxpayers, do not be fooled. This is another “wag the dog” distraction of the Obama administration. Many are out of work, the Middle-East is still in chaos, the IRS has targeted conservative groups, Americans are still dead because of Benghazi.

Go to your local Bass Pro Shops, local dealers and even *gasp* gun shows with your CCP, Permit to Carry etc in hand, and buy what you can. The fact that Obama tried to call this a “gun violence” issue is troubling. Now the NAACP is calling this a “race issue”.

It’s not about race? President Bill Clinton, at the time, did not release a statement about O.J. Simpson’s acquittal. Then again, different races on trial, different races being killed and on trial.

To paraphrase Johnnie Cochrane, “If the facts don’t fit, you must aquit.”

Keep in mind, Benghazi, IRS, Immigration Reform, Voter Fraud, and (not to be a birther) but a legit birth certificate–and we’re using tax dollars to research a “hate crime” that has already been resolved by a jury of his peers.

To quote “The Wizard of Oz”, “Pay no attention to that man behind the curtain! The Great Oz has spoken!” Or in this case, “the great OB has spoken”.

Has a balanced budget been passed? To quote Antie Em, “Now you go feed those hogs before they worry themselves into anemia!” Then again, the Scarecrow did say, “But some people without brains do an awful lot of talking… don’t they?”

Do NOT be fooled. Be Dorothy (or Toto). Expose Obama (or the man behind the curtain) for what he claims to be. “We’re not in Kansas, anymore.”