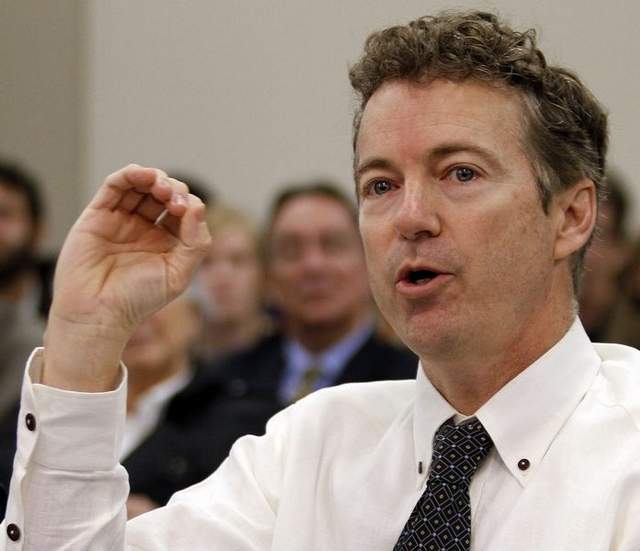 This week the city of Detroit claimed bankruptcy. This is the same city where many of those Government Motors (GM) vehicles are built and were bailed out by the Obama administration with taxpayer dollars to the tune of $50 billion. The American taxpayer lost nearly $10 billion on the bailout, which interestingly enough was supposed to be the total bailout. Now that Detroit has declared bankruptcy, there has been talk of Barack Obama bailing the city out. As for Senator Rand Paul (R-KY), he is saying “I basically say he [Obama] is bailing them out over my dead body because we don’t have any money in Washington.”

Barack Obama’s former “car car” Steven Rattner encouraged Obama on Friday to bailout bankrupt Detroit in spite of the fact that the White House has said it will monitor the situation but is not stepping in to provide a bailout.

With Barack Obama and members of his administration though, the issue is not so much what they say, but rather what they do.

In an exclusive phone interview with Breitbart, Senator Rand Paul said, “There’s some good things that come out of bankruptcy. One is you get to start over. Bankruptcy lets you be forgiven of your debt. And you do so by getting new management, better management, and by getting rid of unwieldy contracts, contracts that give you where public employees are getting paid twice what private employees are and things come back more to normal. That’s the way cities and businesses can recover.”

“I basically say he [Obama] is bailing them out over my dead body because we don’t have any money in Washington,” he added.

Paul said that a bailout of Detroit would send a signal to other cities teetering on the brink of bankruptcy would get a bailout from the federal government as well. “Those who don’t have their house in order, who are teetering on disaster, will continue to make bad decisions,” the Kentucky senator said. “And by the way these [local and state budget choices] are tough decisions. I’m not saying they are all prescient and that it will be easy on everybody who works for the city or the state, but you need to make these decisions and the sooner you make them the better. If you wait to make them, it’s even harder on people.”

“So, really, the answer is, just like the federal government, live within your means and spend what you have but don’t spend money you don’t have,” he continued. “The problem is so many of our state governments, the politicians are being elected by the public service unions. If the public service unions want to be paid twice as much as what private sector employees make, they want twice as good benefits and twice as good a pension.

“I mean the statistics in California are staggering,” Paul added. “I think there’s over 100,000 people there getting over $100,000 a year in retirement. You got police chiefs in medium-sized cities getting $350,000 a year for a salary. It’s become untenable. But the main thing is we cannot send a signal from the federal government that cities and states are going to be too big to fail.”

Ultimately, the issue of bankruptcy is an issue of fiscal irresponsibility. Detroit is not the only city to face this. If they had simply been more responsible instead of continuing on in their reckless spending, they would not be where they are now.

Paul concluded, “Bankruptcy in Detroit is going to much harder than if ten years ago, they had started downsizing and making their pensions and salaries more commensurate with the private sector.”