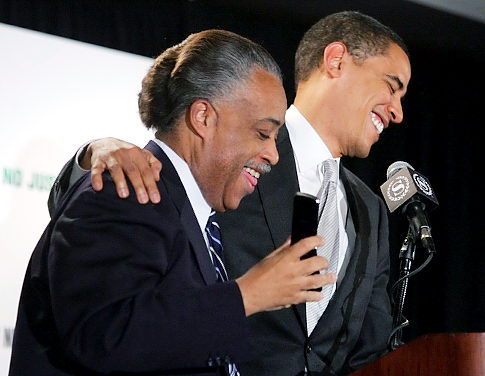 Many of us are old enough to remember when they desegregated the schools. To mix the races schools bussed blacks in from across town, or from other towns. I was in Junior high the first year I went to school with black kids. I was too young to know what I was feeling, but I was old enough to experience tension on the bus ride home from school. I don’t remember any problems in the classroom, but in the afternoon the bus picked up the high school kids then drove across town to the junior high for us. It was a nightmare. The black kids were angry, and the white kids were scared and angry. I was just confused. There were two girls who made it their mission to submarine me every day. They sat next to me and taunted me unmercifully. I was grateful that the eighth grade was my last year at that school district.

The next year we moved to a smaller school district that had only one black family. I had a chance to get to know them under favourable circumstances. Throughout my time there we had other black families move into the district and our school and community benefited from each one. While anger and fear could be found at most schools, we didn’t experience it. We were all friends.

Those were tough years for America. We needed change in the 1960’s and 1970’s. Blacks and whites hated school desegregation, but it did make us to learn to live and work together. A lot of people my age remember those days. Unfortunately, many only remember the feelings of fear and anger stirred up by unscrupulous politicians who were making money off our fear and ignorance.

Few of us know what was going on in our nation during those turbulent decades or the ones that led up to them. We didn’t have televisions in our homes until the 1950’s. National politics and the plight of other races were not front burner issues for most people. That’s why today’s American, even those of us who were children then, were deceived by lying Progressive educators teaching impressionable children a revisionist’s version of history and not the truth that they have kept hidden.

If you put a bunch of liberals in a room, and ask them to give you a characteristic of a conservative, they will smugly shout “racist” in unison. Then they will have a good laugh as they lean back in their chairs feeling superior in their open minded wisdom. We do have to remember that these idiots are also victims of the lies of the Progressive educators. They were just gullible enough to accept the lies as truth.

Just about anywhere you look for information about racism in the United States, you will learn about the “White Southerners” who fought diligently for decades to keep the blacks in bondage, first in chains, then through poverty and political exclusion. They throw the words “White Southerners” around, but they rarely mention that the “White Southerners” fighting to keep the blacks in slavery were Democrats. All through our nation’s history it has been the Republicans who pushed laws that ultimately not only freed the slaves, but also broke down the walls that have prevented the blacks from equality in education, economics, professionally, and politically.

According to author, Robert Rohlfing,

Truman used the executive order to desegregate the military in 1954. The great “Civil Rights Crusader” Lyndon Baines Johnson never lifted a finger to help the blacks until he was President. Until then, he did everything he could to fight against equal rights for blacks. He voted with the “White Southern Democrats” 78-100% of the time on civil rights issues.

“In order to break the racist ways of Southern Democrats, it was Republican President Eisenhower who sponsored both Civil Rights Act and Voting Rights Act and it was a LBJ lead Senate who fought tooth and nail against them.”

Most political boundaries are based on race. The person who gets the best demographic lines drawn will find that he has more constituents with the right political affiliations and resources. Grants and pork belly projects are often based on demographics which is “race”. It can be an economic boon for the politician who helps appoint the right judge who will in turn make sure that the political boundaries favor the politician who helped his career. It doesn’t matter to them that American citizens are being used as pawns in their power games.

Why has this been kept from the American people all these years? Again, it is an essential part of the Progressive agenda. It is a successful money making scam for race baiters like Al Sharpton, Jessie Jackson, and Barack Obama. Right now Americans are being stirred by these three anti-American racists. They want us angry and scared. They would love to see a race war, and they are working diligently to make it happen.

When have we ever had a sitting President inject himself into a self-defense/murder trial? He should have stayed out of it, or at least asked for prayer for Trayvon Martin’s family AND George Zimmerman and his family. Never once has Barack Obama expressed any concern about Zimmerman or his family. It’s all about poor little Trayvon.

Today Obama explained his feelings about Trayvon Martin. He began by saying,

“First of all, I want to make sure that, once again, I send my thoughts and prayers, as well as Michelle’s, to the family of Trayvon Martin, and to remark on the incredible grace and dignity with which they’ve dealt with the entire situation. I can only imagine what they’re going through, and it’s remarkable how they’ve handled it.”

Americans have been led to believe that there are many races and that we can be half or quarter something and that combination changes our race. That’s not true. There are four scientific race classifications and only four. Racial Classifications are based on cranial structure.

1. Caucasian (WHITE) – (also Caucasoid) is the general physical type of some or all of the populations of Europe, North Africa, the Horn of Africa, Western, Central and South Asia. Historically, the term was used for many people from these regions, without regard necessarily to skin tone.

2. Negroid (BLACK) – is a term that is used by some forensic and physical anthropologists to refer to individuals and populations that share certain morphological and skeletal traits that are generally associated with Black African ancestry. The term has both Greek and Latin roots.

3. Mongoloid (ORIENTAL) – refers to populations that share certain phenotypic traits such as epicanthic fold and shovel-shaped incisors and other physical traits common in most of Asia (including Central Asia, South Asia, North Asia, etc.), the Arctic, the Americas and most of the Pacific Islands. In terms of population, they are the most dominant race – more than one third of human race.

4. Mixed (BI-RACIAL-any combination of the first 3)

According to these classifications Hispanic is NOT a race. It is just one whose native language, or first language is Spanish and nothing more. There are Caucasian Hispanics, Negroid Hispanics, and even a few Oriental Hispanics–it all has to do with language. George Zimmerman’s first language is Spanish, and that’s okay if he wants to say he’s Hispanic, but his race would be classified as Caucasian. Ted Cruz’s first language is English, so he is Caucasian of Spanish descent. Barack Obama had a Caucasian mother, and a Negroid father, so he is mixed/bi-racial no matter how much he says he is black (Negroid) he is not. If people understood what constitutes race maybe there wouldn’t be so much racial disharmony around.

“You know, when Trayvon Martin was first shot I said that this could have been my son. Another way of saying that is Trayvon Martin could have been me 35 years ago. And when you think about why, in the African American community at least, there’s a lot of pain around what happened here, I think it’s important to recognize that the African American community is looking at this issue through a set of experiences and a history that doesn’t go away.”

I encourage you to read this in its entirety. It’s fascinating reading.

There are actually two different American histories of racism and civil rights in the US. There is the Democratic lies that call anyone who is a conservative a racist and then there is truth. There is the black man who may have experienced racial profiling, or could feel the fear that Barack Obama talks about, and then there are Americans like you and I who never paid attention to a person’s skin color in matters of education, job performance, and friendship.

Barack Obama used the term African-American over and over today. Perhaps in his world he is African-American. But most of us just want to be Americans. These race baiters, Obama, Sharpton, and Jackson, African-Americans who hate America want a race war. I for one am not interested in giving them one. The truth will benefit Americans a lot more than the garbage being served by Obama and his race baiting friends.