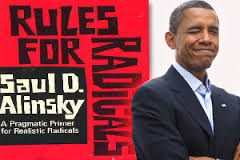 “Power is not only what you have but what the enemy thinks you have.”

As the amnesty debate rages on, one has to ask: Why is it so important to this criminal administration to give a license to illegals to come into America? While most Americans are under the delusion that people favor this administration, the real question is, who exactly supports Barack Hussein Obama? Let’s go down memory lane and recollect just who (so you’ve been told) gives him all this support.

If you remember correctly, CNN’s president resigned last year due to the low viewership it received. Maybe this will shed some light as to why he resigned: Amber Lyon, former news anchor for CNN said she was ordered to report fake stories, delete unfriendly stories adverse to the Obama administration and construct stories in specific manners while working for the left-wing network. Lyon said CNN is paid by U.S. and foreign governments for reporting on some events and not reporting on others. She also stated that the Obama administration pays for CNN content.

The New York Times actually blurted out the truth in their confusion (to their credit, I might add) that all information coming out of the Obama administration is first vetted.

Or what about MSNBC? I’m sorry I even have to bring them into the equation, but their slogan during the election campaign happened to be “Lean Forward,” which is directly derived from the communist playbook. MSNBC parades people like radical lesbian Rachel Maddow, the shameful uncivil rights want-to-be leader Al Sharpton and Chris “it’s a terrible place to be when you’re brains are in someone else’s head” Matthews.

MSNBC’s ratings can’t get any lower than a snake’s belly, and that is just where they happen to be right now. These outlets are the ones that are attempting to remind those who do not have enough common sense to know right from wrong that Barack Hussein Obama has the support of the majority of Americans.

Nothing could be further from the truth!

Don’t you remember that in the 2010 elections, 63 Democratic representatives were unseated?

Do you remember that Barack Hussein Obama had to move the 2012 Democratic Convention from a 74,000-seat arena to a 20,000-seat arena, and he still couldn’t fill the seats by giving away free tickets?

Do you remember when it was reported in Milwaukee that people filled up an 18,000-seat arena to see Barack Hussein Obama, when in fact there were only 5,000 seats available?

Do you remember that 70 percent of Obama’s Twitter followers were found to be fake accounts, created out of thin air?

Do you remember when Stevie Wonder couldn’t get 200 people to show up for a fundraiser for Barack Hussein Obama?

Did you forget that during the re-election inauguration there weren’t even enough people in Washington, D.C., to fill up the hotel rooms?

And of course, you surely haven’t forgotten the massive voter fraud that took place in the United States in the last election.

The black population is also awakening to the fact that Barack Hussein Obama is Planned Parenthood’s greatest advocate.

So who supports Barack Hussein Obama?

Well, the homosexuals who make up less than 1.7 percent of the population do – the very ones who are being used as a political battering ram only to make way for Shariah law (they just haven’t realized that yet).

Planned Parenthood supports him only to be used as a political battering ram to eradicate human life under the guise of “choice” (which in truth is population control).

Within the United States, Obama enjoys support from the homosexuals, abortionists and communists. Without the United States, countries like Cuba, Venezuela, China, Russia, the Muslim Brotherhood, etc., have expressed their support for Obama as well.

And just why are the illegals so important to Obama if he has all that support?

“Power is not only what you have but what the enemy thinks you have.”

Do not be deceived when you have both eyes open!

This video shows you the destruction that follows when countries give way to diplomatic gifts through deceptive measures.

Think the IRS Scandal is bad? You should see what MSNBC and Rachel Maddow did to Bradlee Dean. Help his lawsuit against them. Stand for America and get your free gift.

This Week’s Anti-Israel Attacks Wouldn’t Have Happened Under Trump
May 14th, 2021 Flag And Cross

Did Cancel Culture Boomerang, Hitting A Hollywood Elitist In The Wallet Or Nah?
May 14th, 2021 Clash Daily

This Woke US Army Ad Will Make Your Blood Boil (Video)
May 14th, 2021 Conservative Firing Line