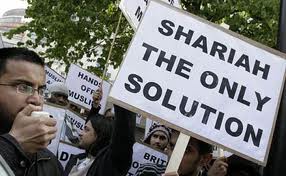 Back in May, I told you about Alicia Gali, a young Australian woman who was working at Starwood, one of the world’s biggest hotel chains, in The United Arab Emirates (UAE) country of Dubai. As she was there, apparently some of the Islamists there put something in her drink to knock her out and as she awakened she was being gang raped by several Muslim men. She reported the incident only to find out that it was against Sharia law for her to engage in sex with someone who was not her husband. She was then placed in filthy jail for eight months. Now a Norwegian woman has been raped in Dubai and when she reported it, she was jailed for 16 months for illicit sex outside of marriage. A video interview with the young woman can be viewed by clicking here.

Marte Deborah Dalelven, 25, was in the UAE on business when she was raped in March of this year.

It was in March this year that the Norwegian 24-year-old went out on the town together with several other Norwegian women and some male colleagues in the Qatar-based interior store where she worked. In a great interview with the Times this week said that she woke up the following morning that she was raped by one of her colleagues.

When she referred it to the police they asked her, “Did you go to us because you did not like it?” Then she was arrested and imprisoned – accused of having sex outside marriage.

After reporting that she’d been raped to Dubai police, a 25-year-old Norwegian woman who was on a business trip to the United Arab Emirates city, found herself being jailed on “suspicion of having sex outside of marriage.”

Following the report of her rape to police, the 25-year-old had her passport and personal possessions seized and was immediately placed in a jail cell.

It took three days before she was able to gain access to a phone and contact her family to let them know what had happened to her.

The Norwegian woman’s family was able to contact their Foreign Service in Dubai and the Norwegian consulate was able to negotiate and secure a conditional release for the young woman.

The release was allowed as long as the accused Norwegian citizen stayed in Dubai and was housed in the Norwegian Seamans Center.

After her negotiated release, the 25-year-old stayed at the Seamans Center for 6 months, while awaiting trial.

At the conclusion of the trial, the Norwegian woman found herself convicted on three separate counts: sex outside of marriage, drinking alcohol and perjury.

“It is a terrible situation she is in,” said Gisle Meling, the priest at the Norwegian Sailor’s Church. “We are very surprised and had hoped it would go another way, but we live in a country which has a justice system which draws its conclusions with the help of Sharia law.”

Pamela Geller comments on the rape. “She was raped, so she’s a whore,” she wrote. “That’s sharia in action. Sharia law — empowering women one jail cell, one whip-lash, one FGM, one beheading at a time. So many prestigious universities (i.e. NYU) have accepted vast sums from these savage nations to set up campuses in these sharia countries. The university administration lures students with sweet deals to do a semester over there. Any parents who send a child to these primitive sinkholes are solely responsible for what happens to their children.”

VG, the magazine referenced, above adds the words of Professor John Strawson, a professor at the University of East London, School of Law, where he teaches international law and Middle Eastern Studies. One of his specialties is Islamic law.

“Unfortunately, this is not an exceptional case of women who report rape in some Muslim societies, only to be accused of zina – the term for sex outside marriage in Islamic law,” Strawson told VG.

As if Dubai’s twisted thinking of justice wasn’t enough, Dalalven’s attacker was convicted of raping her and he got a sentence of only 13 months! So let’s just make sure we are clear here. Under Islamic Sharia law, a woman can be attacked and raped, then if she reports it, she’s considered a whore and worthy of imprisonment. Her attacker on the other hand gets a much lighter sentencing, if they get one at all. My fellow Americans, this is what Islamists in America are pushing for, make no mistake about it. They want Sharia in the United States. They need, no they must be stopped at all costs!