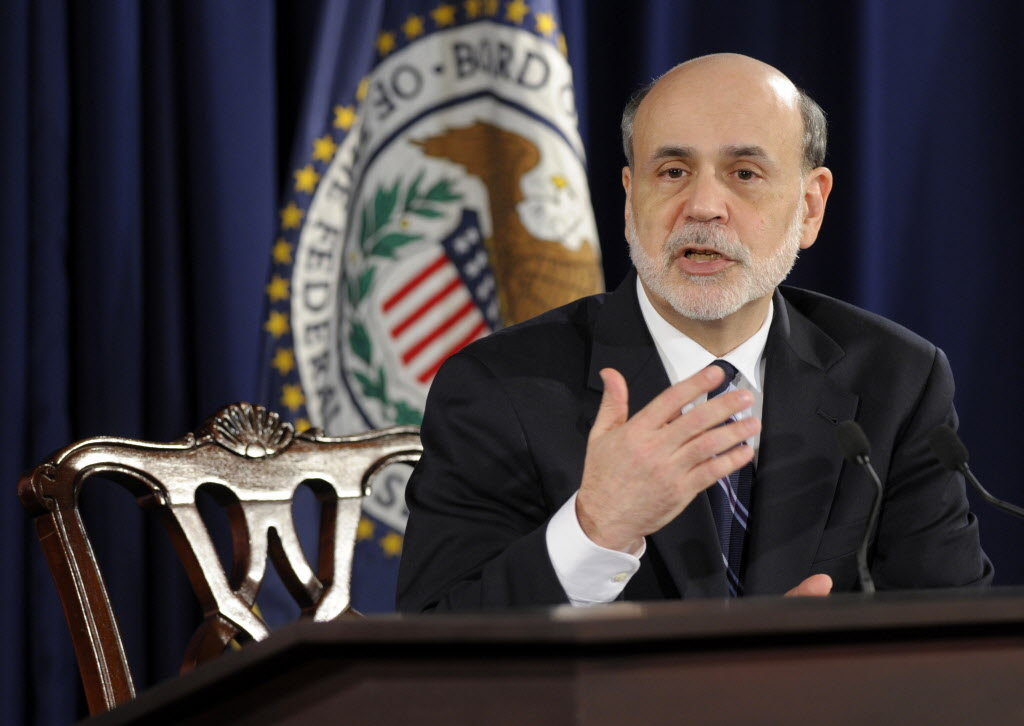 Last week Federal Reserve Chairman Ben Bernanke delivered what may well be his last Congressional testimony before leaving the Federal Reserve in 2014. Unfortunately, his farewell performance was full of contradictory comments about the state of the economy and the effects of Fed policies on the market. One thing Bernanke inadvertently made clear was that the needs of Wall Street trump Main street, the economy, and sound money.

Quantitative easing (QE) and effectively zero interest rates have created paper prosperity, but now the Fed must continuously assure Wall Street that the QE spigot will not be turned off. Otherwise even the illusion of recovery will disappear. So Bernanke made every effort to emphasize that the economy was not doing well enough to end QE, while lauding the success of Fed policies in improving the economy.

Bernanke was also intent on denying that Fed policies directly boost financial markets. However, the money the Fed creates out of nothing in order to buy mortgage-backed securities and government debt for the QE3 program, benefits first and foremost the big banks and the financial class — those people who are invited to the Fed auctions. This new money then fuels stock bubbles, bond bubbles, agricultural land bubbles, and others. The consequences of this are felt by ordinary savers, investors, and retirees whose savings lose value because of the Fed’s zero interest rate policy.

As if Wall Street favoritism and zero returns for savers isn’t bad enough, the Fed wants the rest of America to bear a greater inflation burden. The Fed thinks you should lose two percent of the value of your dollar this year. But Bernanke is not satisfied with having reduced purchasing power by ten percent since the 2008 recession. The inflation picture is actually much worse if we look at the old consumer price index —the one that did not assume that ground beef is a perfect substitute for steak.

Using the old CPI metric, as calculated by John Williams at Shadow Government Statistics, we’ve lost close to 50 percent of the purchasing power of our money in just the last five years. So what you were able to buy with the $20 in your pocket before the financial crisis costs more than $30 today. That might be peanuts to Wall Street, but that’s real money for working Americans. And it’s theft by the Fed. It is a direct consequence of the trillions of new dollars the Fed has “not literally” printed—as Bernanke put it.

Bernanke’s final testimony before Congress confirms that the Fed has blatant disregard for the extra costs and the new bubbles it is creating. The Fed only understands paper prosperity, not how middle class Americans and the poor suffer the consequences of higher prices, resources misallocations, and distortionary bubbles as well as insidious unemployment.

The only way out of this tailspin of monetary favoritism is to restore sound money, which would end the Fed’s ability to manipulate currency and put Wall Street first. The Fed has proven over and over again that it has no respect for the real money that preserves the value of people’s labor, their wealth, and their ability to live free and prosperous lives. It is beyond time for the Fed, Wall Street, and the federal government to stop manipulating money and stealing from the American people under the false guise of paper prosperity.