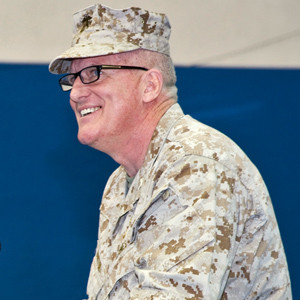 Marine Col. George Bristol is a key witness in the Benghazi attack investigation by Congress. On Friday, the Defense Department has now stated they will allow members of Congress to speak with Col Bristol, who was in command of the U.S. Special Forces in Northern Africa (AFRICOMM) on September 11, 2012. Officials had previously told Congress that he was retired and couldn’t be found and so could not be made available. Now they are claiming that was an “administrative error.” U.S. Rep. Jason Chaffetz (R-UT) and Sen. Lindsey Graham (R-SC) were among those who have never accepted that excuse.

Rep. Chaffetz said that the DoD had been unwilling to “pass along any sort of information about Col Bristol’s location.

Air Force Maj. Robert Firman confirmed to the Daily Mail, “The Department of Defense has fully cooperated with congressional requests to understand the attacks on the Benghazi compound,’ Firman said. ‘Col. George Bristol, USMC, will be available to meet with House and Senate members and their staffs.”

Graham wrote that Bristol “would be the ideal person to speak with about what happened on the ground in Benghazi.”

The Daily Mail reports on its on search of Col. Bristol:

MailOnline has located Bristol’s home in Northern Virginia in recent weeks. On Thursday evening a woman answered the door and confirmed that he lived there, but the colonel himself has not responded to four separate requests for an interview.

Sources have said Bristol was out of the country on non-military business until July 14.

Firman told MailOnline that the about-face came after Sen. Graham sent a letter to Defense Secretary Chuck Hagel on Thursday, asking for reconsideration.

That move followed a report in the Marine Corps Times, which cited a Marine Corps source in concluding that Bristol’s retirement would not become final until August 1.

On Tuesday Firman had told the newspaper, in error, that ‘Col. Bristol was not invited by Congress to testify before he retired.’

Col. Bristol does not officially retire until August 1, 2013. His testimony could shed even more light on what took place in Benghazi, Libya on September 11, 2012.