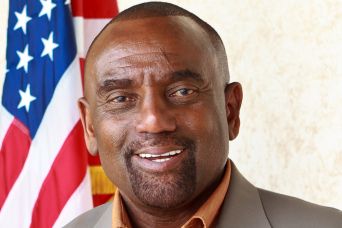 Pastor Jesse Lee Peterson shot down all of the arguments that CNN’s Piers Morgan threw at him following the verdict in the George Zimmerman trial. From calling Trayvon Martin a “thug” and not an “innocent little kid, tip-toeing through the tulips” to blasting “race hustlers” like Al Sharpton, Peterson did an outstanding job of pointing out the reality of what the media picks and chooses to present. Though he is not as eloquent as others, he definitely stayed on point.

He said that race baiters such as Barack Obama and Sharpton had only injected themselves into this case to “incite the anger of black Americans and others.”

Peterson said that people like Obama and Sharpton have been “using black Americans by dividing the races” and “intimidating white people to get more power.”

Morgan attempted to ask if Peterson though the outcome would have been different if Martin had been white and worn a hoodie, like Facebook founder Mark Zuckerberg. He said it wouldn’t have mattered and declared that the portrayal of Trayvon Martin was “some innocent little kid, tip-toeing through the tulips” was an “absolute lie.”

“Trayvon Martin was a thug. His parents know that, you know that, I know that,” Peterson said.

While Morgan told Peterson not to speak for him concerning how he view Martin, saying there was no evidence that Martin was a thug, Peterson simply asked if Martin was “such a good little kid… why did they work so hard to keep his history out of the courtroom.”

Peterson provided the evidence of Martin’s Facebook account, which featured him with marijuana and guns taking the thug look all to himself.

This is merely the modus operandi of Piers Morgan. When he can’t handle facts and the truth, he gets “offended.” I’d say Morgan needs to grow a thicker skin. Well done Pastor Peterson, well done!