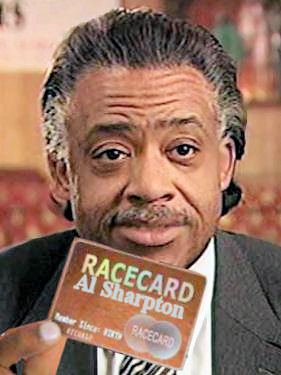 The morning after the Zimmerman not-guilty verdict, there appeared on Fox News a lawyer representing the family of Trayvon Martin, who said that, although the Zimmerman verdict was legal, it was socially unjust. This statement is deliberately meant to ignore reality and to force the notion that all black people are eternally doomed to be mistreated by all white people. The notion is important to hate mongers like Jesse Jackson and Al Sharpton because without that notion, they would be OUT OF WORK. To that list we can now unequivocally add the names of Eric Holder and Barack Obama, whose statements and sworn promise of so-called “justice” for Trayvon Martin, puts them in that same category. How do the Jesse Jacksons, Al Sharptons, Eric Holders and Barack Obamas succeed in perpetuating this lie? They count on most people to ignore the facts.

Most people in this country more or less accept, through the fog of apathy, that there is a danger of a black majority rising up against a white minority. The 2010 census, extrapolating growth rates to 2012, puts the entire black and African American population of the US as AT MOST 13%. This does not give the so-called “black community” nearly the power claimed by the hate mongers. In fact, that number is exceeded by the Hispanic American population, which is nearly 17%, while the population of white and European Americans is 75%. The total non-black population is about 85%.  The truth, as proven by these census numbers, is that the threat of such an uprising is arithmetically impossible and, in fact, absurd. Judging by often cited murder statistics, there appears to be nothing like a cohesive black community who can be mobilized to take any forcible action against anyone except themselves!

There was a time in US history when black people were treated unjustly.  Laws have changed that to the extent that it is illegal to “discriminate” against anyone “of color.”  Moreover, attitudes among non-blacks have changed to the extent that almost nobody uses the “N-word,” except for a very few whites of very low cultural levels among very depressed white populations.  Among normal, middle-class white families, it is anathema to use that word, where its use is not merely discouraged, but sometimes punished.  Yet, black people often use it to describe each other.  The logical inference of this is fairly simple: the notion that all whites hate all blacks is factually unsustainable, whereas hatred among blacks against each other is rampant.  Read any set of murder statistics and you will see that most murders of black people are by black men!

Despite what we are being fed by the main stream media, especially in light of the Zimmerman case, black people do not suffer from non-blacks the kind of prejudice they once suffered. Since the sixties, race prejudice as a national habit has gradually disappeared.  In practical terms, no real race problem any longer exists that requires any kind of legislative solution.  Some laws are even now being changed to accommodate this fact. In this day and age, black and non-black people live and work side-by-side, go to public places side-by-side and even intermarry, and they do so at rates which advance geometrically.

But Jesse Jackson, Al Sharpton, Eric Holder and Barack Obama fondly hope that you will not wake up from the fog of apathy to realized the truth that without their constant race-baiting, black and non-black people will get along naturally without a problem, as they have actually been doing for decades.