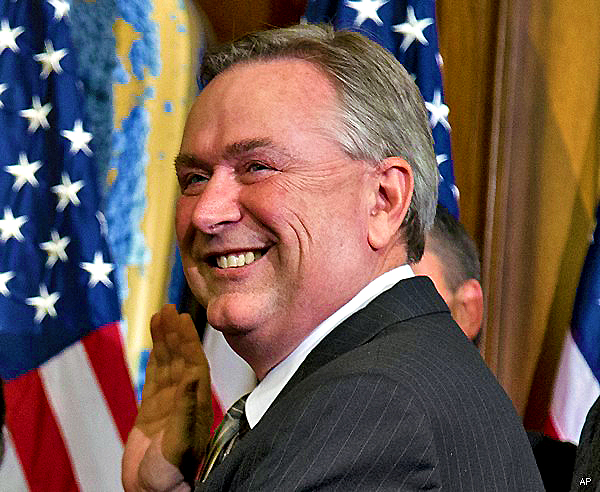 Following the dismal appearance on CBS’ Face the Nation on Sunday, where Speaker John Boehner said he couldn’t lead the Republicans on issues like immigration because it would make his job harder, Representative Steve Stockman (R-TX) is taking up the cause to push for a special House committee to investigate the September 11, 2012 attacks in Benghazi, Libya, including the Obama administration’s response to it.

According to a press release by Stockman he has filed a discharge petition last week to force a vote of the U.S. House on establishing the committee and will formally make the announcement on Tuesday at a press conference on the House Ceremonial Stairway.

According to the press release, “There, the largest petition ever presented to Congress, containing the signatures of 1,000 Special Operations veterans demanding a House Select Committee to investigate the Benghazi Terrorist Massacre, will be unrolled on the steps.”

The dramatic unrolling of the 60-foot long petition/scroll down the House Ceremonial Stairway will be the opening volley in a nationwide campaign urging House members to sign the Discharge Petition forcing House consideration of HR 36, which was sponsored by Congressman Frank Wolf (R-VA)– the bill to establish a Select Committee to fully investigate the Benghazi Massacre.

One of the four American men who were killed in Benghazi’s mother whole heartedly supports Wolf’s resolution.

Conservative lawmakers have been pressing for the creation of a special committee but GOP leaders have resisted, arguing existing panels can investigate the incident on their own.

If Stockman can get 218 House members to support his discharge petition, it would force a vote on the House floor.

Discharge petitions are very rarely introduced by members of the party that’s in power.

They invariably infuriate leadership since they’re a way to get around the scheduling process for bills, which is controlled by the majority leader, in this case, Rep. Eric Cantor (R-Va.).

“The only way we’re going to get a clean and thorough investigation is by forcing a vote with a discharge petition,” Stockman said in announcing his plan last week.

Approximately 160 lawmakers have signed on to the resolution calling for a select committee. Boehner ally Rep. Pete Sessions (R-TX) controls the Rules Committee where the resolution has been stuck since January.

Congressman Wolf says that Boehner would be “complicity” in the Obama administration’s “cover-up” if he does not allow the creation of the select committee.

Senators have encouraged Boehner to reconsider his position, including RINOS like Sens. John McCain (R-AZ) and Lindsey Graham (R-SC).