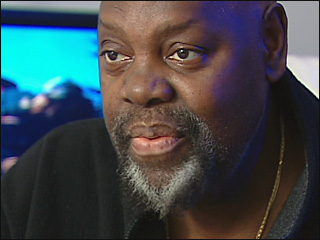 Yesterday I posted the video of Pastor Jesse Lee Peterson who stood his ground against Piers Morgan in citing Trayvon Martin’s troubled past. Today I ran across an article by Pastor Ken Hutcherson. Hutcherson is the pastor of Antioch Baptist Church in Redmond, Washington. He puts out a call to those in the “black community,” that he says is “neither safe, nor polite, nor popular,” but he “believe(s) is right.”

“Blackness seems to be defined as a belief that in the black community you cannot be lied to by our so-called self-imposed leaders and the news media,” Hutcherson wrote. “If either one of them says something, we put all our trust in it as the truth, and we act upon that truth regardless of the repercussions. Truth can stand regardless if anyone believes in it or not, but a lie cannot stand unless someone has faith in it.”

Hutcherson says that he agrees with Dr. James Manning’s sentiments surrounding George Zimmerman and the Martin case, which you can see in the video below:

“I believe Dr. James Manning hit it on the head when he said that black people have a difficult time accepting truth simply because they are black. That’s right, black people are involved and it is impossible for the average black person to believe the truth,” wrote Hutcherson. “They refuse to believe that a black boy could be in the wrong when it comes to a white Hispanic. Blackness is the apex of victimhood and our blackness is above truth, above our Christianity, above our God, above our Holy Spirit, so that means if our blackness is above the Holy Spirit, then it is above Truth. This is so important for everyone to know this so they can understand why this Trayvon and Zimmerman case is where it is today and why blacks refuse to believe what really happened.”

While Hutcherson went on to speculate about the encounter that fateful might in February 2012 between George Zimmerman and Trayvon Martin, no one can be completely certain except the two men and God.

However, he did cite Rachael Jeantel, the prosecution star witness (and I would say she was the star for the defense as well). “On The Piers Morgan Show, Rachael Jeantel said that Trayvon attacked George first because that is what you do in the hood.”

He said that “black people will not accept that because their leaders and the media said it was a racially motivated confrontation. They are living black and just can’t help themselves.”

Sadly, I know some brothers in the Church that respond this way too.

Hutcherson demonstrated his point by recalling his days in college when he challenged a white professor over the big bang theory and in doing so, she brought it all down to race, which by the way is a complete myth. We are all the same color, just different shades as we are all from the same parents, Adam and Eve. Furthermore, the only real racial divide is among those who are still in the first Adam and those who are in the second Adam (Jesus Christ).

“It seems that being black allows us to not look at the truth even when it is screaming in our face because we just can’t help ourselves,” Pastor Hutcherson wrote. “It is hard to believe that blacks can be guilty of wrongdoing in our society. You know when you look at the truth of blacks making up 30 percent of the population and yet the majority of those incarcerated are black men and women. Can someone please tell me if it is not true that in Chicago, Atlanta, Miami, and New York that blacks are killing blacks, you know, black on black crime? In those cities blacks perpetrate serious crimes with guns over 70 per cent of the time. Now don’t miss that comparison of 30 percent of the population committing over 70 percent of all crimes in our largest cities. There are many blacks who think whitey wants to get rid of us and the way we are killing each other the only thing they have to do is get out of the way and we will accomplish that ourselves. Then it does seem logical that most of the people that are in jail would be black.”

Hutcherson makes an excellent point and one that the media and the race baiters like Barack Obama, Eric Holder, Al Sharpton, and Jesse Jackson seem to be content in remaining silent on and that is black on black violence.

The sad part is in the church of Jesus Christ, professed “Christians” are falling into the evolutionary idea of race and as such treat brothers and sisters as though they inferior to themselves merely because of skin pigmentation. Sounds vaguely reminiscient of Dr. Seuss’ tale about the sneetches, doesn’t it? (If you haven’t seen that, it is most relevant, so here’s the video)

Concluding, Dr. Hutherson says, “No one is innocent of this racial divide if we don’t do something to promote change. I am not talking about more talking; I am talking about doing….Remember what you are speaks so loud I can’t hear a word you say.”