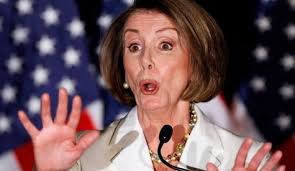 Gunophobe and former Speaker of the House Nancy Pelosi (D-CA), who has been a major player in pushing gun control, as well as various other tyrannical and unconstitutional legislation such as Obamacare, put out a statement recently. Her statement came the day before the one year anniversary of the Aurora, Colorado shootings, which resulted in 12 fatalities and at least 59 people wounded. In that statement, Pelosi claims that it is upholding her oath to the Constitution to push for more gun control.

“One year ago, a lone gunman took the lives of 12 innocent Americans in Aurora, Colorado,” Pelosi wrote. “Their loss struck a chord in the hearts of every parent and every family – and remains a source of grief to this day. Yet, in the wake of this horrific tragedy and in the year since, the strength of the Aurora community has been an extraordinary source of inspiration to our country, a reminder that a senseless act of violence cannot shake the resolve of the American people.”

Following the sympathies, she quickly launched into politics. “In Congress, there can be no more fitting memorial to the lives lost in Aurora, in Newtown, and across the country than a concerted effort to enact commonsense gun safety legislation.”

“We must uphold our oath to ‘protect and defend’ the constitution and all Americans by expanding background checks and keeping dangerous firearms out of the wrong hands. We must restore confidence in the safety of our homes, schools, movie theaters, and neighborhoods by taking clear, concrete steps to prevent gun violence.”

The problem is that she didn’t take an oath to defend Americans. She took the following oath:

I do solemnly swear (or affirm) that I will support and defend the Constitution of the United States against all enemies, foreign and domestic; that I will bear true faith and allegiance to the same; that I take this obligation freely, without any mental reservation or purpose of evasion; and that I will well and faithfully discharge the duties of the office on which I am about to enter: So help me God.

We corrected her purposefully misstatement regarding her oath of office back in January when she was blathering about gun control at a House Democrat Steering and Policy Committee hearing on “Gun Violence Prevention.” She and others like her are to “support and defend” the Constitution. She thinks she is president as she borrows words from the president’s oath, which is cited in the Constitution.

Pelosi’s job is not to undermine the Constitution nor is it to exercise any authority when it comes to arms. The Constitution does not give authority for the federal government to restrict or regulate arms at all. Yet, they continue to do it.

Perhaps if she understood that her oath is to the Constitution and that she should be looking to uphold the law of the land then she might not be so quick to be pushing for gun control. However, this doesn’t faze here in the least.

“On this solemn anniversary, our thoughts and prayers remain with the families, friends, and loved ones of the victims of Aurora,” Pelosi added. “May they continue to feel the love and support of our nation. May time heal their pain and grief. May the memories of those lost always remain a blessing for all Americans.”

Ah yes, throw in a little more emotionalism to make the sales pitch. Well, it didn’t work last time and people, including members of victims’ families, called the gun grabbers out for it.