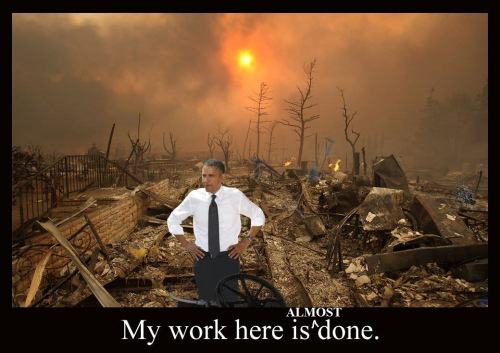 This, ladies and gents, is why America has no future under President Lucifer’s presidency.

Gregory Gwyn-Williams, Jr. reports for CNS News that on Monday, July 22, 2013, White House Press Secretary Jay Carney said at a press briefing that the Obama regime has pulled America from “the depths of the Great Recession” with the creation of 7.2 million private sector jobs.

Today, nearly 90 million Americans are no longer in the U.S. labor force. As Rush Limbaugh would say, translated for the inhabitants of Rio Linda, CA, that means nearly 90 million Americans are NOT working today. As of July 1, 2013, the United States had a total resident population of 316,311,000. This means more than 28% of the U.S. population are NOT working today!

At the same time as 9.5 million Americans have dropped out of the labor force since the POS entered the White House, 15 million moreAmericans are on food stamps today than when Obama assumed office.

That means that more than two Americans have been added to the food stamp rolls for every one job the administration says it has created.

Way to go, Obama! You are single-handedly transforming the once great United States of America into a bitterly disunited Third World dump.