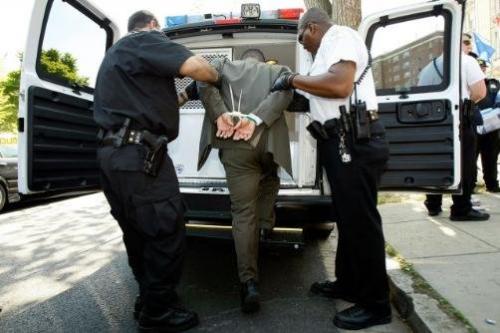 Jihad murder mastermind Anwar al-Awlaki has praised Al Jazeera, and several years ago one of its most prominent reporters was arrested on terror charges. Al Jazeera also has, for years, been the recipient of numerous al-Qaida videos featuring Osama bin Laden, Ayman al-Zawahiri and American traitor Adam Gadahn. Yet it never seems to be able to trace where these videos are coming from. It has repeatedly been set up at the point of attack right before a bomb went off so it could take the picture of the slaughtered, dismembered bodies.

Al Jazeera has provided material support for jihad terrorism. A number of people in its employ are members of al-Qaida. Al Jazeera’s correspondent in Afghanistan, who interviewed Osama bin Laden, was sent to prison for being an agent of al-Qaida. Al Jazeera’s first managing director was exposed as an agent of the Saddam Hussein regime, and the channel promoted the bloody jihad against American forces in Iraq.

A reporter claiming to work for Al Jazeera was involved in a violent confrontation with Washington, D.C., police on Tuesday evening after he was ejected from a pro-Israel conference for surreptitiously videotaping attendees and events, according to eyewitnesses.

Reporters identified as Matthew Cassel and Micah Garen were ejected from the Christians United for Israel’s (CUFI) annual D.C. gathering after they were caught infiltrating and clandestinely filming events closed to the press.

The reporters, who claimed to be affiliated with Al Jazeera, were initially denied press credentials for the event due to what a CUFI official said is Al Jazeera’s anti-Israel bias. The pair only gained access after purchasing general admission tickets at full price.

A CUFI spokesman declined to comment about the situation. A Metropolitan Police Department spokesperson could not provide information about the incident.

A source inside CUFI told the Washington Free Beacon that both Cassel and Garen claimed to be affiliated with Al Jazeera English even though they had not been issued official credentials to the event.

CUFI had denied credentials Al Jazeera America and Al Jazeera English due to the recent publication of an anti-Semitic screed by Columbia University professor Joseph Massad, the CUFI source said.