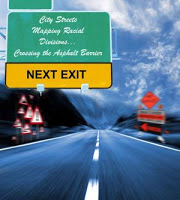 Adding more fuel to the Obama, Jackson, Sharpton, and Holder initiated racial fire, last week HUD (Housing and Urban Development) Secretary Shaun Donovan, speaking at an NAACP Convention in Orlando, Florida (where else as it seems Orlando is now ground zero for all things race related thanks to the trumped up Zimmerman case) blamed what he called ‘black failure’ solely on discrimination by whitepeople against black people.

By his saying, “We have got to shape a future where ladders of opportunity are available for all Americans…For African Americans, this is critically important. Historically, for this community, the rungs on these ladders have been too far apart making it harder to reach the middle class” Donovan is NOT only stirring racial hatred but is also fueling a class warfare battle…a hallmark of this administration.

In his speech, Donovan went on to claim that discrimination by whites is what forces…YES forces… blacks to live in run-down, dangerous neighborhoods as well as forces them to attend bad schools (gee, he seems to have conveniently forgotten all about the voucher program). And by making this ridiculous claim Donovan stirred up all the old hatreds to willfully cause further racial animosity while advancing the hate agenda of the afore mentioned race-baiters.

Oh and by the way, I think most blacks would take offense to being told that they’re failures when the vast majority are NOT…but in today’s reality of all things Obama, we have to cater to that ‘small but vocal militant black minority’ and that is exactly what Donovan did.

And the Obama administration’s HUD initiated solution to this supposed discrimination and unfair ladder rung climbing…drum roll please…old-fashioned block-busting (or ‘Social Engineering’ as their proponents like to call it) of white neighborhoods on a grand scale…meaning that wherever white people live, NO matter the income level, there has to be the right racial mix…a racial mix deemed appropriate according to this wonderful (gag) group that claim this will be based on the newest census data….and we all know how reliable that data is…said sarcastically of course.

And if Obama and his buddies at HUD say there isn’t what they consider to be the right racial mix, then federal funding for said city, town, county, or state will be cut off.

But what most do NOT realize is that by forcing integration of neighborhoods using the withholding of federal funds and grant monies as blackmail…YES this is blackmail…with the claim that the Fair Housing Act requires grantees, such as cities, that receive federal housing funds to ‘affirmatively further fair housing’ (whether the blacks want to live in those white areas or NOT or can afford to keep up the places they will be moved into) Obama has once again successfully played the race card to his advantage. …and Congress will fund HUD’s budget to the tune of BILLIONS of dollars to implement this nonsense for fear of being called racists themselves.

In fact, HUD already tested this program. Using Westchester county, the fourth most racially diverse county in New York state according to the 2010 census and also one of the wealthiest, as the test case, HUD used majority white neighborhoods as evidence that the county somehow discriminated against blacks, thus allowing the Obama administration to sue the county for allegedly violating the terms of their HUD grants…overlooking the fact that anyone could live there who could afford to buy there with racial discrimination playing NO part in the demographics. So, to get back the grants (even wealthy communities need grants) and fulfill a 2009 settlement with HUD in which the county agreed to spend over $50 million on 750 new subsidized housing units for minorities, HUD then suddenly upped the deal and demanded that 50% of those 750 low-income housing units have at least three bedrooms and that they be built in above average school districts (now raising the cost outlay for the county to $94 million). Never mind that it meant that the affected local municipalities had to change their long-standing zoning laws as well as being forced to counter community opposition…in other words the public and the neighborhoods be damned…either they’ll integrate as Obama and his buddies see fit or else NO monies.

Blackmail if you ask me.

And all this is extremely unfair because blacks make up only 13% of the entire American population, yet that 13%…or more precisely the ‘small but vocal militant black minority’ within that 13%… is now dictating to the 87% where they will live, and all with race-baiter Obama’s stamp of approval.

And to make matters worse, Obama and his cronies at HUD will ‘selectively’ pick which white neighborhoods across the country they want to ‘bust’ as they will have the census data of where the majority of whites live to guide them, and you can be sure it will be the upper middle class white neighborhoods as witnessed by what they did in Westchester county. And when the small but vocal ‘element’ (and you know exactly what I mean by that) moves into those neighborhoods (and brings down the property values because what has NOT been addressed is how those black neighborhoods got so bad in the first place) you can clearly see the true motive behind all this…relocating minorities (who get away with voting numerous times) into upper income white areas because those upper income white areas are more likely to vote Republican or Tea-Party, and with the midterms coming up Obama needs to change the voting demographics in those white areas across America from the R-column to the D-column.

After all, there’s too much at stake for Obama NOT to do this as Benghazi and the other scandals are starting to take their toll on his and the Democrats poll numbers…and with Barack HUSSEIN Obama it’s all about votes and hating his white half.