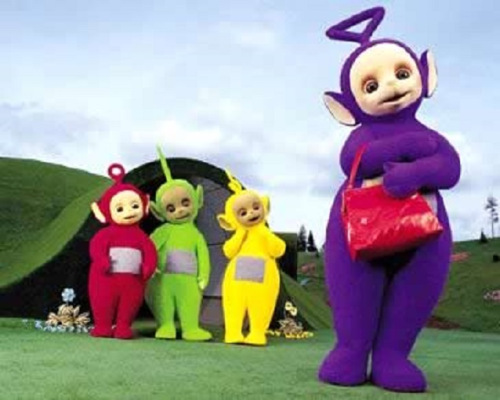 Do you remember how the late Christian evangelist Jerry Falwell (1933-2007) was mocked and derided for saying that he suspected Tinky Winky in the PBS children’s show, Teletubbies, was intended as a gay role model to indoctrinate pre-school kids?

Falwell was right — at least when it comes to the video game, Super Mario Bros., a 1985 video game about two brothers, Mario and Luigi, developed by Nintendo as a pseudo-sequel to the 1983 game Mario Bros.

The commercial success of Super Mario Bros. has caused it to be ported to almost every one of Nintendo’s major gaming consoles.In 2005, International Gaming Network’s poll named it as The Greatest Game Of All Time. It is also the second-best-selling game of all time after Wii Sports.

Agencia Reforma reports for the Spanish-language El Manana, July 25, 2013, that the creator of Super Mario Bros., Shigeru Miyamoto,admitted that the video game was originally an “allegory of gay culture,” and Mario and Luigi are actually homosexual lovers. (The following account uses Google Translate to render the El Manana news article into English.)

Shigeru Miyamoto, creator of the video game “Super Mario Bros.”, revealed that his famous creation was originally an allegory of gay culture and its characters, Mario and Luigi, were actually boyfriends, and not brothers as previously thought.

During a presentation of the video game Pikmin 3 in Tokyo, Miyamoto was questioned by the press about studies suggesting that children perceived the mustachioed Mario Bros. characters as a gay couple.

“That was the original intent of the game, as a game full of signs of gay culture. Luigi and Mario were a gay couple trying to meet the challenges of a society that rejects them. Later, when introduced to the international market, we adapted some content and intentions to reach a Western audience. But if you look carefully, many of the original concepts are present.”

Researchers like James Gardner at the University of Wisconsin, had previously stated that some elements of Super Mario Bros. were clear references to gay culture. Gardner concluded that the character of The Princess is an allegory of femininity represented as a metaphor for homosexuality.

In addition, other scholars have found phallic elements in the game, like the shaft in which Mario and Luigi slide to finish each level and mushrooms along its route, which experts say are references to the male glans.

James Paul Gee, who studies video games, has written about the meaning of other elements of Super Mario Bros. that refer to homosexuality, such as the profession of the protagonists Mario and Luigi, who are plumbers.

In addition, Koopa, the archenemy of Mario and Luigi, is seen by scholars as an archetype of masculinity and exaggerated machismo, against which Mario and Luigi must fight — by literally mounting and riding Koopa.