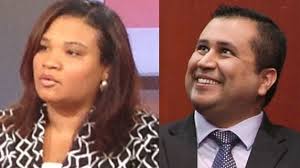 In an ABC News interview, juror B29 said, “George Zimmerman got away with murder, but you can’t get away from God. And at the end of the day, he’s going to have a lot of questions and answers he has to deal with.”

The juror, who only wanted to be identified as “Maddy,” claims that not only did Zimmerman get away with murder, but did so because “the law couldn’t prove it.”

Maddy wanted to initially convict Zimmerman of Second Degree murder during jury deliberations. “I was the juror that was going to give them the hung jury. I fought to the end,” she said.

“I was the juror that was going to give them the hung jury. I fought to the end,” she said.

However, one the evidence had been examined and the law was explained, the jury could not convict Zimmerman.

“That’s where I felt confused, where if a person kills someone, then you get charged for it,” Maddy said. “But as the law was read to me, if you have no proof that he killed him intentionally, you can’t say he’s guilty.”

“You can’t put the man in jail even though in our hearts we felt he was guilty,” said the woman who was identified only as Juror B29 during the trial. “But we had to grab our hearts and put it aside and look at the evidence.”

Maddy, a 36 year old Puerto Rican mother of eight and nursing assistant, was selected as a juror just five months after moving into Seminole County, Florida from Chicago.

Maddy said that she didn’t think the case should have gone to trial. “I felt like this was a publicity stunt. This whole court service thing to me was publicity,” she said.

Perhaps this interview was a publicity stunt. I’m just saying…

Trayvon Martin’s mother Sybrina Fulton responded to the interview saying that it was “devastating for my family to hear the comments from juror B29, comments which we already knew in our hearts to be true. That George Zimmerman literally got away with murder.”

“This new information challenges our nation once again to do everything we can to make sure that this never happens to another child. That’s why Tracy and I have launched The Trayvon Martin Foundation to try and take something very painful and negative and turn it into something positive as a legacy to our son,” Fulton said.

Well, here’s the thing, while I sympathize with the family in their loss, this is not “new information.” It’s merely the opinion of one of the jurors and in the final analysis, Maddy cannot say truly say George Zimmerman got away with murder. The reason? She tells you herself. The jury’s decision was based on the law, not what her heart felt or the emotional whims of people, but what the law stipulates. In the end, Zimmerman was acquitted because he had done nothing wrong. He merely defended himself.

Speaking of God and being accountable to him, I’ll end with this note to Maddy:

“You shall not bear false witness against your neighbor.”