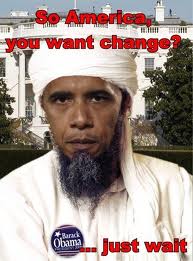 Once again we are bending the rules to send money to fund terrorists and once again the media lap dogs are ignoring it. Maybe it’s just not big news anymore. It’s not like the Royals had a baby or something.

Why is it not big news when we send aid to Palestinians? I am not sure but this seems to be the norm. Remember that $4 Billion Dollar Aid package that John Kerry put together for Palestinians a couple of months ago? Probably not because it went virtually unreported just as this case will.

In the interest of National Security, Barack Obama chose to waive congressional restrictions on aid to Palestinians on Friday Afternoon. The Washington Times reports:

President Obama on Friday afternoon ordered another waiver of congressional restrictions on direct funding of the Palestinian Authority, clearing the way for more U.S. aid.

In the one-page order, Mr. Obama said he was taking the action due to the “national securityinterests” of the U.S. The move comes as the administration is preparing to host renewed direct talks in Washington between Palestinians and Israelis for the first time since 2010.

Some lawmakers oppose the aid, both because of sequestration budget cuts and the Palestinian Authority’s ties to the terrorist organization Hamas.

Supporting Hamas? Interesting choice. Evidently CAIR is in need of help in that task. Donations must be down.

John Kerry and Google continue to recognize Palestine as a country so it’s no surprise that this administration would want to throw countless billions of dollars at them. If I was trying to create my own country I would certainly want them to be well-funded. However, like most Americans, my budget gives me two choices: an ant farm or Sea Monkeys.

If I ever get appointed Secretary of State, however… game on.

As for waiving the congressional restrictions… Let’s turn back the clock to see if we can find a recent example of the United States waiving restrictions on aid.

We don’t have to look too hard. John Kerry recently waived restrictions on aid to Egypt. That cost us $1.3 Billion and it seems to have worked out very well. My only hope is that Morsi got the money into his bank account before all of the civil unrest started. 😉 Our foreign policy is a joke.

I am not sure why we even have a legislative branch in 2013 because it’s obvious that Obama and company are going to do what they want anyway.

Whether this money eventually finds it’s way into the hands of terrorists, or not, is not entirely the point. Americans are sick of hearing how we need to make cuts, tighten our belts and sacrifice while our government keeps sending money elsewhere.

All expenditures need to be done with the utmost discretion now. When we put our families on budgets we have to make tough choices. If we can’t send money to Palestinians because of our own economic troubles that would be understandable. We simply don’t have the money and need to quit pretending that we do.

And once again, as for the congressional restrictions that were lifted, the laws are in place for a reason. Looking back it would seem that the restrictions would have saved us from throwing money to a bad situation in Egypt and I suspect that time will reveal the same result here.

There is not much you can do, however, with a dictatorial-minded president in office.

This is the change that Americans voted for.