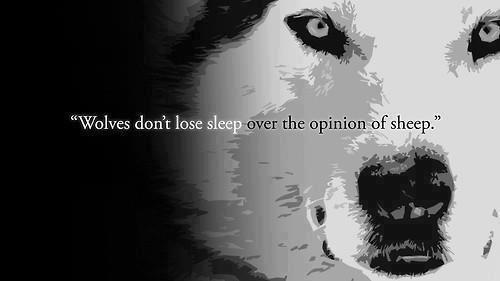 I’d heard recently that in a conducted Poll, the American public’s interest of the Benghazi massacre is beginning to fade & not being followed as much as it had been initially after a succession of controversial stories emerged in headlines about the September 11th, 2012 terrorist attack, highlighting conflicting accounts of pertinent details which lead to the murder of our U.S. Ambassador to Libya Christopher Stevens, information officer Sean Smith, and former navy SEAL’s Tyrone Woods and Glen Doherty at the hands of al-Qaeda linked Islamic terrorists. What we began to learn from the revealed information (some of which centered around the gross lack of response by this President & his administration to send aid to our people at any time during the 7 hour long terror attack) was nothing less than despicable. Now as we quickly approach the 1 year anniversary of this disaster, apparently fewer Americans care as much anymore as they did just a few months ago.

Perhaps folks are just becoming burnt out & suffering from scandal fatigue. God knows if these scandals were oil, Obama would be a pipeline of inexhaustible energy. Like the multi-headed Lernaean Hydra confronted by Hercules during his 12 labors, it seems for every scandal Obama manufactures that we try to deal with, 2 more scandals pop up to add to the pile. It’s unbelievable. Then when you consider too all of the fruitless probes, investigations, & hearings we’ve been following for at least 3 years now & all we have to show for it is one U.S. Attorney General “held in contempt“, who hasn’t even been deterred one iota from continuing to abuse the powers of his Office to advance Obama’s agenda, & I guess I can see what would prompt some to toss their hands up finally echoing Hillary Clinton’s infamous refrain, “What difference at this point does it make?!”

I don’t give a damn about any Poll however. Personally I’m fed up with seeing a Sheep dog media leading the bleating sheep in this Country by their noses as those well dressed Wolves in our halls of power just lick their chops & smile through their teeth at us while they continue to plunder & divide our Nation. Yet for those of you who may be finding your “interest” waning? SHAME ON YOU! You believe it ends with Benghazi?! That’s only the beginning. Acquaint yourself with Obama’s latest scandal brewing known as Extortion 17! If you thought Benghazi was bad, you haven’t seen anything yet!

Extortion 17 predates Benghazi by over a year & involves the suspicious deaths of 38 military personnel killed in the August 6th, 2011, CH47-D Chinook helicopter crash in Wardak Province, Afghanistan. Of those 38 killed, 22 were unit members of the now acclaimed SEAL Team 6. This was the unit responsible for taking down the worlds most wanted terrorist Osama bin Laden on the premises of his compound in Abbottabad, Pakistan on May 2nd, 2011. Roughly 3 months prior to their fatal rendezvous in a 1960’s era Chinook bearing them into hostile territory to provide backup for an Army Ranger Unit engaged in combat with the very Taliban insurgents this President, his administration, & military brass have said they want to “win the hearts & minds of”. That’s not even taking into account those “allies” who have been known to treacherously shoot our men when their backs are turned!

Now in the midst of some family members of those fallen SEAL’s speaking out, we’ve had this contemptible President issue a disclaimer in a recent speech referring to these scandals dogging his steps as “phony“. Apparently then these families claims of being threatened by this government to coerce their silence is phony too, Mr. President? Their dead sons are phony? Vice President Joe Biden having publicly revealed the identity of SEAL Team 6 for their role in taking down bin Laden & thereby putting a target on all these men & their families is phony? Because the following excerpt from a June 8th, 2011 article at humanevents.com strongly suggests it’s anything but phony:

~A former team leader at SEAL Team Six who spoke to Human Events under the condition of anonymity said, “There is no question that Biden’s outrageous bragging outed the operators of SEAL Team Six. By throwing the spotlight on the Team, he put lives in jeopardy. The SEALs on Extortion One-Seven paid the price.”~

Karen Vaughn, mother of fallen SEAL Team 6 member Aaron Vaughn who perished in the August 6th, 2011 Chinook crash put it like this:

~“On May 3, 2011 Vice President Joseph R. “Joe” Biden Jr., leaked confidential information to the media that jeopardized the lives of all Navy SEALs and their families,

the vice president’s outburst is unacceptable, she said. “Biden created a media circus surrounding a highly secretive team. He should be in prison for high crimes and treason.”~

God bless you Mrs. Vaughn! I feel the same way myself about this spurious President & his entire administration!