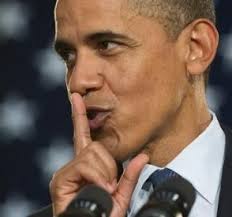 American hypocrisy at its finest my friends… that is how I describe Barack Obama. Would you believe it if I told you that roughly half of the new Obamacare workers, at a California call center, will be part-time employees and will not be provided any kind of insurance? Taking a page from the old Wal Mart playbook, Obamacare organizers are setting up camps and populating them with wage slaves.

Consider the case of Contra Costa County California who won the right to set up one of these slave camps early in 2013.

Earlier this year, Contra Costa County won the right to run a health care call center, where workers will answer questions to help implement the president’s Affordable Care Act. Area politicians called the 200-plus jobs it would bring to the region an economic coup.

Now, with two months to go before the Concord operation opens to serve the public, information has surfaced that about half the jobs are part-time, with no health benefits — a stinging disappointment to workers and local politicians who believed the positions would be full-time.

The Contra Costa County supervisor whose district includes the call center called the whole hiring process — which attracted about 7,000 applicants — a “comedy of errors.”

“The battle for the call center was over jobs with good working wages and benefits; I never dreamed they would be part-time,” said Karen Mitchoff, who has heard from complaining constituents and expressed her “extreme displeasure with how it was handled” to call center supervisors.

One recent hire, who last week learned the job would be part-time, said the new “intermittent” employees feel like they’ve been used as a political tool, and many now regret applying for the positions.

“What’s really ironic is working for a call center and trying to help people get health care, but we can’t afford it ourselves,” said the worker, who asked for anonymity out of fear of losing the job. The county says it had been telling the public and supervisors all along that some positions would be full-time and some part-time. However, portions of staff reports list all 204 jobs as full-time, and a job posting said the same.

It’s the latest controversy involving the call center, one of three created statewide to help citizens enroll in various new health care options under President Obama’s Affordable Care Act when it goes live at the start of next year.

In a way I want to laugh about this but it’s not entirely funny.  The reason I find it somewhat comical is because these are Californians and this is the change they voted for.

Obamacare does nothing to provide insurance to the poor working class. Do you think that all of those fast food establishments in your town will be paying for insurance for their employees? Don’t bank on it. I know that a local McDonald’s franchise has cut hours of all employees in preparation for the Obamacare roll out. At the local store only managers are full-time now.

Several big national chains have announced hour reductions for employees. How does that help the workers? It doesn’t.

Big Business knows how to make money. That’s why they are big. They won’t be absorbing costs that they can pass on to their customers or employees.

Some people in California just learned the cold hard reality of how these liberal ideologies play out in the real world.

We all want to save the world. Don’t think for a minute that I would not love to snap my fingers and have all the people in this country taken care of. If these policies ever, in the history of socialism, were proven to work, I would be shouting their praises from my rooftop.

But I can’t play God like that. Why do these people continue to think that they can achieve the impossible?

So half of these 200 workers are now victims in their eyes.

They are victims because they have a handout mentality. They need to look at the bright side. Hopefully since they are Obamacare workers they will be able to have their fines automatically deducted from their paychecks.

We live in a country where even some conservatives have learned to play the victim role very well and constantly have their hands reaching out looking for their shrinking slice of pie. I fight it myself and I am not alone. We are conditioned to think this way. You have to stay aware and snap yourself out of it whenever necessary.

Until this country gets over that way of thinking we have no chance. Those slices of pie will keep getting smaller because there are just too many mouths to feed.

My advice is to save yourself. That’s all you can do with these idiots in office.